A bracing wake-up call to the climate emergency 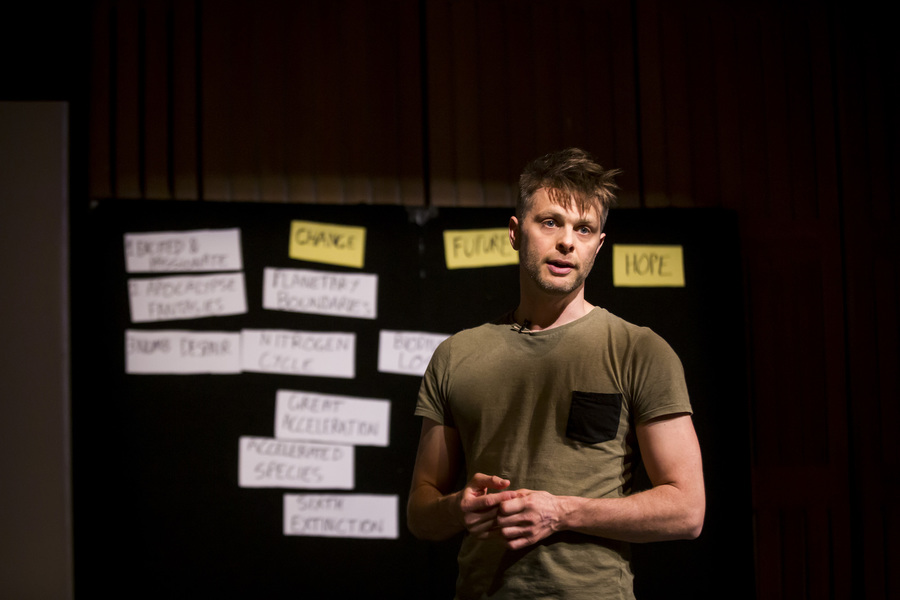 Written while half the world was at the beginning of COVID isolation and much of Australia burned, David Finnigan’s You’re Safe Til 2024 is a bracing wake-up call as we stumble further into a climate emergency. Finnigan conceals the full gravity of his show initially. Blending pop music, fun props and playful slides, much of it takes the form of a cooly-delivered lecture on the history of human survival.

The Canberra-native makes for an engaging layman professor. Looking at stages throughout history where humankind narrowly escaped annihilation, Finnigan investigates if there might be some clues to preventing our impending destruction. At the centre of each disaster he imagines a female protagonist who's been reincarnated throughout time. One, for example, is a survivor of the supervolcano eruption in Indonesia 75,000 years ago that almost made humans extinct. Another is a 16th-century Native American who lives through colonisation.

From these horrific moments of human suffering, Finnigan fashions cheery mantras like “Survival is Possible”. At best, you start to think this Aussie is naive; at worst, heartless. But as the show rolls on – and a thread concerning a friend trapped by the 2019 bushfires becomes more central – this superficial TED Talk morphs quietly into a heart-in-mouth drama. You won’t leave the show with any answers as to how we escape our self-imposed extinction, but Finnigan’s frantic urgency will give anyone with their eyes closed to our climate crisis a right kick up the arse.