The academic and researcher talks about challenging assumptions and Indigenous thinking 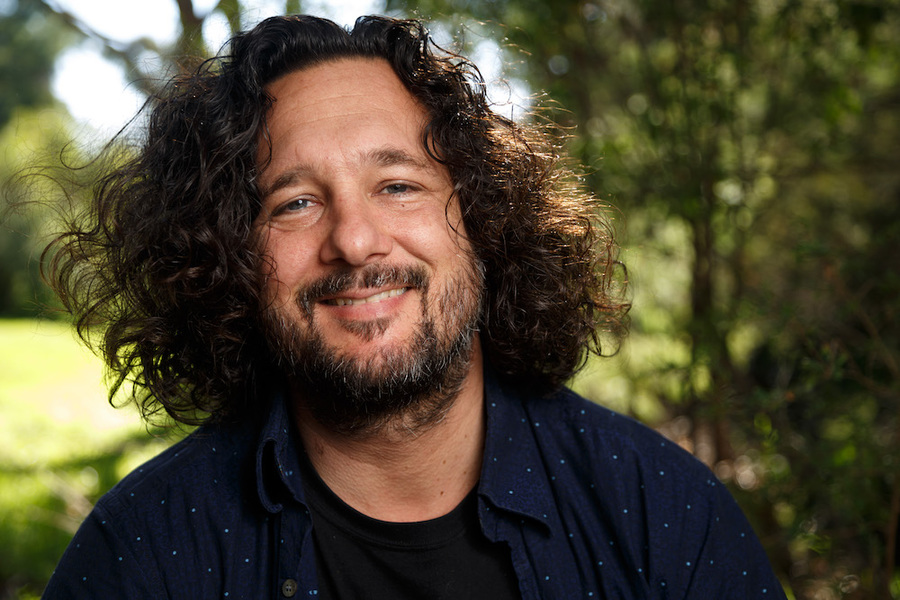 In Sand Talk: How Indigenous Thinking Can Save the World, Tyson Yunkaporta asks how can we make sense of the contemporary world through Indigenous thinking? And how might this lens bring humanity and sustainability to a fractured world in crisis?

In each chapter, Yunkaporta shares an image to accompany his collection of yarns with experts who help Yunkaporta to examine how we as a society have the potential to change for the better by listening to First Nations people.

The result is a book that challenges us to think differently, read differently and see differently: even the very practice of storytelling is questioned. From an oral tradition into a book written by an academic, Yunkaporta still struggles with the idea of a didactic tangible object, describing the final result as "sporadic. Messy. Dangerous. Partially successful". He explains: "It's so ephemeral. Everyone who reads it is experiencing a different yarn. It's just a translation of a fragment, but the pattern is there and I guess anybody glimpsing that pattern of creation will find it unfolding all around them in their own unique way.

"The focus of the yarns is already shifting to people far more qualified than me to talk about these things, and I'm really enjoying listening to them. It's funny because the marketplace is always trying to do the opposite. The messenger is the product, the brand. But the yarns are their own thing, and they're taking off because their time is now."

Yunkaporta’s attendance at Adelaide Writers’ Week while the climate catastrophe embroils the country seems incredibly poignant. The tie between the disrespect colonisers have for the land and Aboriginal Australia’s spiritual connection to it feels more graphically violent than ever.

"When I wrote [Sand Talk...]," says Yunkaporta, "I was looking at all the signs and thinking forward, seeing it all starting up. People didn't want to hear warnings though and they got angry at the time when I talked like that. I thought it was too late to try convince people to stop it, but maybe just in time to get people thinking about how to survive the transition to a very different reality, and begin the ten thousand year process of cleaning up."

He often writes of social fragmentation and individual greed that is fuelled by neoliberalism. While the bushfires and other disasters this summer have seen incredible acts of community, kinship and charity, he says we have a long way to go: "These are our biologically encoded social structures and we only see them emerge now in times of crisis when the civilising structures are disrupted. It's not the crisis that causes it, but the temporary disruption to control systems. You see it in Africa all the time, when there is a war or a coup and the state falls apart, community marketplaces and economies emerge with a more human paradigm, and they work. They are always eradicated when the state reemerges, though."

Part of this mass restructure in order to build a more cohesive and caring society requires some important challenging of assumptions and long-held beliefs. Some of those explored in Sand Talk... make for difficult reading for the privileged reader; others require further exploration as to how those without privilege can be protected.

"There are a lot of assumptions about gender and culture and these are dangerous things to challenge," Yunkaporta says. "Hopefully it's humour and connection that underpins the book, and the provocations that may help people challenge assumptions just slide through underneath that."

Yunkaporta will speak at Adelaide Writers’ Week’s opening event addressing the idea that ‘The Only Constant’ in our lives is change. And while sometimes events such as this can often feel akin to "preaching to the choir", they also offer "opportunities to expand notions of our community as having a living culture rather than a static collection of artefacts" – a chance to allow for a greater understanding of Indigenous Australia’s evolving customs and thought patterns and what we might all learn from them.