Larry Dean on making a connection through comedy 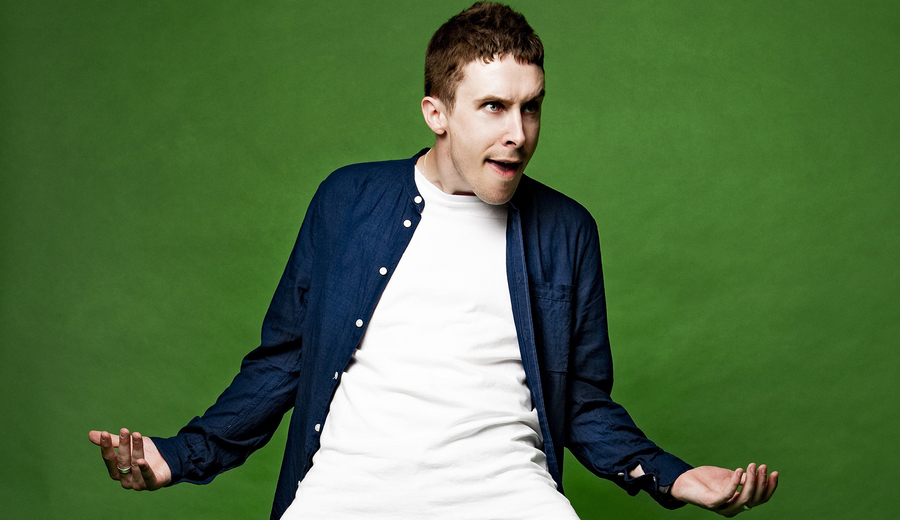 Making relatable comedy in response to terrible things that have happened is like taking the 'fight' option in a fight-or-flight scenario. You can hide from the dumb things you’ve done and mistakes you’ve made, or you can confess them all to a room full of strangers around the world.

"When an audience hears a self-deprecating joke they don’t want to laugh because they feel bad," says Larry Dean. "But I think there’s a lot of power in being able to joke about something bad. You’ve taken ownership and made something good out of it."

The Scottish standup has made a name for himself in a short space of time in the UK. Hailing from Glasgow like Billy Connolly, it's little surprise he knows how to spin a good yarn. And it's in the Scottish capital Edinburgh where his comic talents have been recognised.

In 2015, Dean was nominated for the Best Newcomer Award at the Edinburgh Fringe for his debut show Out Now! Then, three years later, he was shortlisted for the main award for Bampot.

In that time he's gone from playing a small bunker room to selling out one of the largest spaces when he returned to the same venue last year. Now he arrives at The Garden of Unearthly Delights with his new hour Fudnut, a show produced by the Melbourne International Comedy Festival.

It's a remarkable journey for someone whose first ever standup open spot went so badly he somehow, and inadvertently, ended up telling the audience his sexuality. This was before he'd had that particular chat with his mum and dad.

Though Dean finds humour in everything and any passing thought can gain new perspectives through comedy. "The point of standup comedy is you’re owning your own thoughts and making them funny," he says. "Not everyone gets arrested but everybody will at some point do something stupid."

For Dean, humour is revealing about ourselves and others. Doing 'something stupid' connects us, what makes us similar: "Observational comedy doesn’t need to be 'You know that thing when you’re taking the washing out, what’s that about?' When you’re listening to a story you can always relate and find something to connect to. Even if it’s not something that’s happened to you."

It's a throughline which made Bampot so successful, as he told the story of his relationship with his Australian boyfriend.

"Straight men don’t know what it’s like to be dumped by your gay lover but they can associate on other levels," Dean says.

There’s a beauty to this connection and relatability. Each audience member can find their own piece of Dean’s story and cling to it, seeing themselves within it.

He often plays with ideas about identity. Because Dean doesn't fall easily into common stereotypes about his sexuality, he can wrongfoot an audience about their own perceptions. And just as everyone's wondering if he really prefers being called, in his own words, a "bender" to being called gay, he'll pull the rug from under everyone's feet with a superb dinosaur impression.

In other words, he isn't easy to pigeonhole. And this perhaps makes Dean even more relatable. It means everyone takes something from his show, which is an aspect of performance he especially enjoys.

"Different people taking different things away from my show is half the fun," he says. "It's like when you go to a film with a few mates and one of you takes one thing from it and you take something else.

"When people have told me about my show, they mention specific things that they’ve taken away from it. And I usually have no idea that I did that."

Dean isn't the kind to hammer home a message or force a connection. Perhaps by talking about, or making, his experiences resonate on a universal level, it allows his audience to join their own dots, to draw their own conclusions.

"Usually I find when I’m writing I will find themes running through each show. I’ve had themes of trust, of confidence and acceptance in different shows. I keep them as some context. It doesn’t mean there’s a message necessarily, but there’s usually a theme."