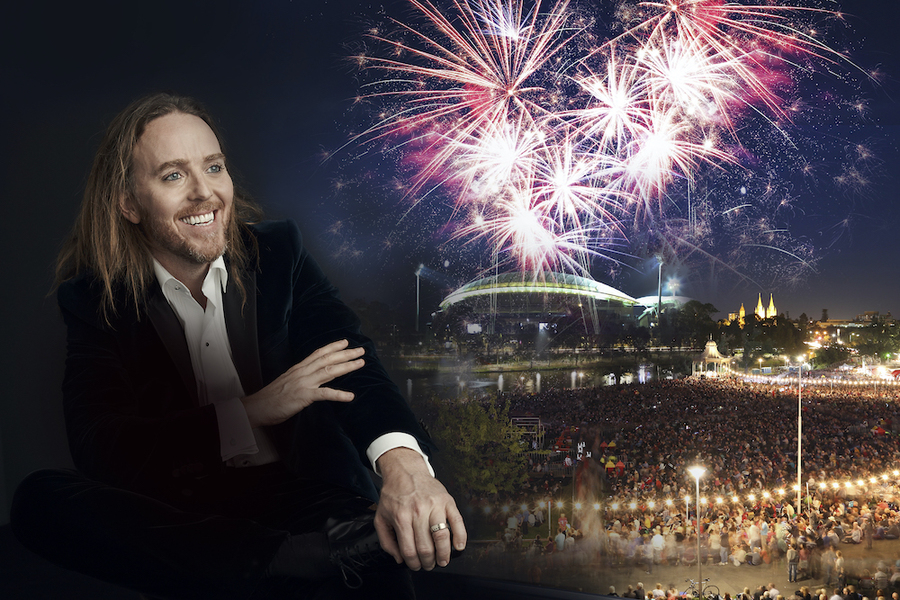 Since its humble beginning in 1960, the Adelaide Festival has achieved recognition as one of the world’s premier arts festivals, placing South Australia on the world map – if not for its contribution to the arts, then certainly for its well-known vehicular status as ‘The Festival State’.

To celebrate its 60th year staging some of the world’s best performers, musicians and artists, the Festival put on a free birthday concert on the grass in Elder Park.

Many came to see the headliner: the unfalteringly quick-witted musician-comedian Tim Minchin. As soon as he opened with 'Rock And Roll Nerd' – and the famous line “But you see the problem is there’s not much depth in what he’s singing, he’s a victim of his upper middle-class upbringing” – the evening belonged to him.

Yet there was a special energy in the warm night air, with the sun dipping below the silhouette of Adelaide Oval, as soon as people plonked down on the lush grass, with chardonnay in hand.

A traditional Kaurna smoking ceremony by the dance troupe Yellaka started the evening with a reminder that despite the roaring planes and towering cranes around us, an ancient wisdom and spiritual connection to Country belongs to the First Nations’ Peoples.

The celebration also paid tribute to the contributions of the Festival's founding father – artistic director and Adelaide music professor John Bishop (1903-1964), as well as the many other signatories, artists, collaborators and directors who have contributed their time and passion to creating a festival that makes us proud to call Adelaide home. Names such as Helpmann, Dunstan and even the Queen Mother, come to mind.