Honest expressions of class injustices within a strong community 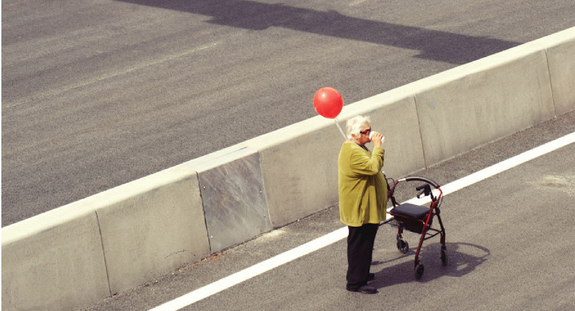 Port Adelaide has been lauded as an 'emerging suburb'. It’s the site of multimillion-dollar business and housing developments, promising to help the city 'progress'. But what recent media coverage misses is how The Port’s own citizens are affected by the gentrification of their home.

Hard Times: Poverty in the Port shines a much-needed light on the suburb’s modern reality, as well as underscoring its peoples’ long history of fighting class injustices.

Gallery Yampu’s humble, waterside exhibition space is filled with subversive works that give a strong voice to the many marginalised communities living below the poverty line. From Rosella Paletti’s miniature matchbox sculptures – representing the 44,000 Australian children who are homeless on any given night – to Karen Genoff’s 3D multimedia works satirising the Australian Government’s bureaucratically driven 'moral compass', Hard Times achieves an unavoidable boldness and provides a much needed lesson in human empathy.

While some works of art are quite literal, preferring written information and essay accompaniment to letting the art speak for itself, this collective of trained and autodidactic artists achieve their goal of informing the public and encouraging their audience to sit with uncomfortable realities.