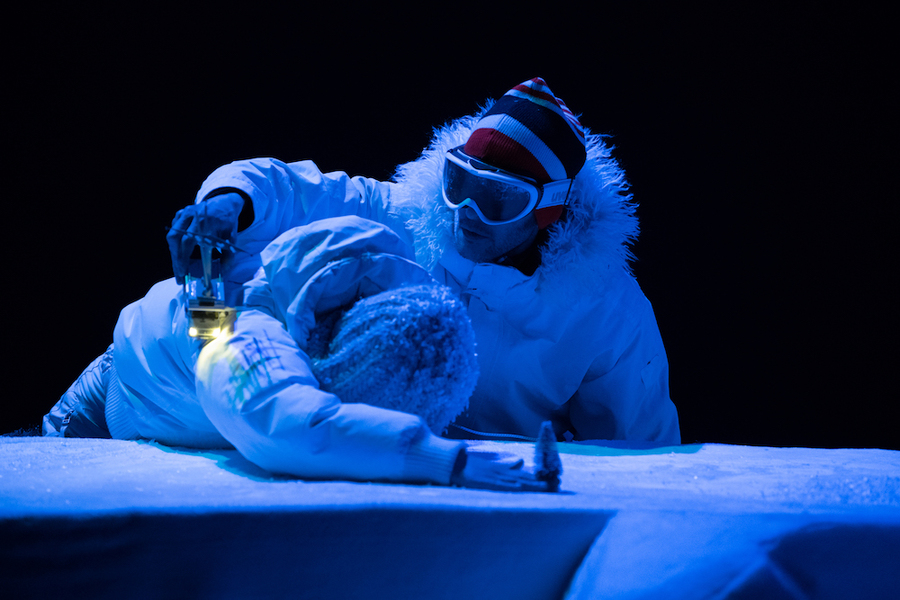 In the immortal words of Smash Mouth, “The ice we skate is getting pretty thin... My world's on fire, how about yours?”

‘All Star’ might now be 20 years old, but the lyrics were oddly prescient. Dimanche at the Adelaide Festival may not be the only show in this Mad March to tackle the climate emergency, but it’s arguably the most playfully satirical and imaginatively staged.

Produced by Belgian puppeteers Chaliwaté Compagnie (in cooperation with Focus Company), Dimanche portrays two alternating narratives. The first is an expansion of a 25 minute show (Backup) first presented in 2018, where a trio of reporters explore various landscapes in search of species threatened by ecological collapse. The second depicts a family at home – ‘dimanche’ is French for ‘Sunday’ – trying, with increasing absurdity, to carry out ordinary domestic activities in the face of ongoing disasters.

Where the production excels is in its little touches. The puppetry is transportively effective, and the staging – props that ‘melt’, actors who become landscapes – achieves myriad results far exceeding the sum of their parts. There are too many moments of ingenuity and heartfelt wonder to list here, but they all work valiantly to support the show's environmental commentary.

Considering the teasing brevity of the seedling show Backup, Dimanche perhaps suffers for its extended duration. There are brief lulls in its pacing, which – while likely designed for us to savour the potent imagery – leads to restlessness among the younger audience members.

But that’s a minor fly in an otherwise poignant ointment.