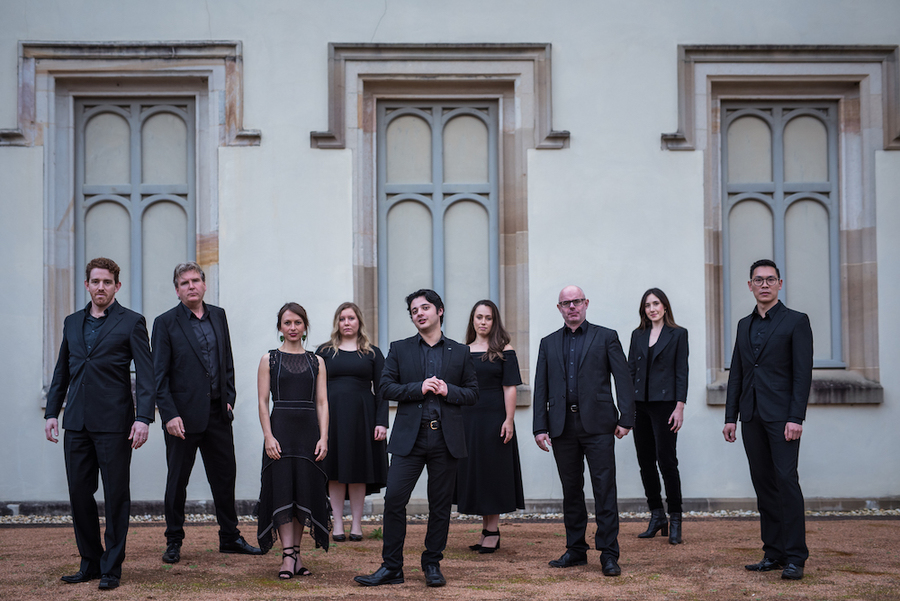 David, King of Israel, perhaps one of history’s greatest poets, wrote his Psalms from the heart: to express the joy, grief and complexity of life. Many others have since found solace in these texts.

Over four nights, 12 individual performances by some of the best choirs in the world – The Tallis Scholars, The Netherlands Chamber Choir, The Song Company and The Norwegian Soloists’ Choir – sing all 150 Psalms by 150 composers in four different locations; three religious, one secular.

The compositions in 150 Psalms range from responsorial Gregorian and Taizé chants to the complex canon perpetuus of Monteverdi, Brahms and Bach. Some were composed as early as the 10th century in Latin, German, French and English. Others come from the post-World War era, such as Kodály’s Psalm 50 – an act of resistance against Soviet occupation.

The depth, purity and focus of each choir can be attributed to their skill, but also to the century’s old choral tradition. Delicate refrains balance with rich crescendos and key voices. Such as the Netherland’s Chamber Choir soprano Mónica Monteiro’s solo of Huygen’s Psalm 35; Gilad Nezer’s bone-rattling bass in Becker’s Psalm 53, and the rhythmic, folk-like joviality of Gretchaninov or Hammerschmidt. As with some of the most skilled choirs, the sound of these singers often seems to replicate that of one giant musical instrument. Yet no individual voice is lost, nor the original composer’s intent.

Each performance is grouped into a separate theme of scripture. These range from justice to trust, leadership to power, and to oppression. Keynote speakers introduce these themes – including Prof. Danielle Cellermajer, Order of Australia recipient, Tim Costello and Walkley award-winning journalist Kerry O’Brien. Each has an unabashed response to topics like income inequality, climate change and the refugee crisis. The Psalms’ capaciousness is exactly what makes them so perfect for such a plaintive task, challenging the automaticity by which we live our lives.

We may take a verse, unravel it and ask ourselves: What do these themes mean for us here and now in Australia?