The prodigious artist is not interested in being labelled 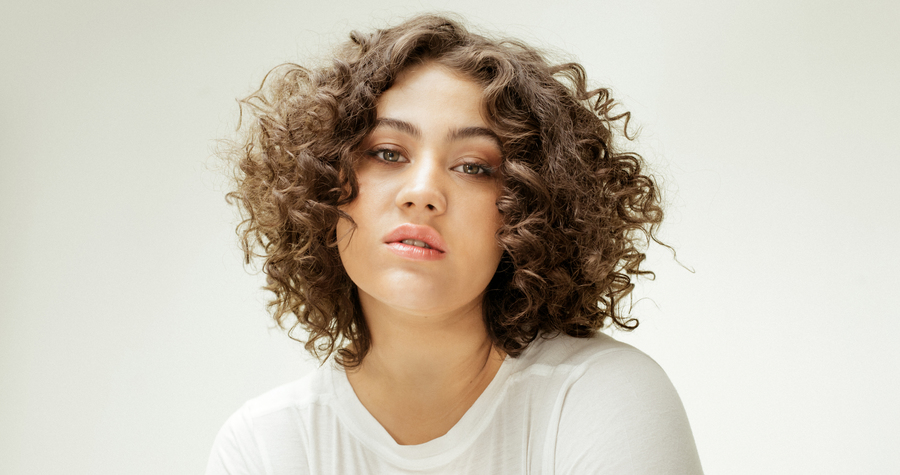 With two ARIA Music Award nominations by 18, thanks to her first album To a Stranger in 2018, Odette quickly marked herself as an artist to watch.

Signed to an agent at 14 she could easily have become overwhelmed by the attention. But she is assured yet down-to-earth. With influences ranging from Carol King to Missy Higgins to Ryuichi Sakamoto, she refuses restriction – particularly when it comes to the innate gendering of music.

"I’m just really over it. I’m proud of being a woman, but I don’t want to lead the conversation with 'Hi. I am a woman'. I just want to say exactly what I want to say and have it taken seriously. Every time I hear I am a female artist I often find it’s in a subgenre, instead of actually up at the forefront, instead of just saying 'an artist' or 'a writer'. It’s just really condescending to be honest."

This desire to break through boundaries has seen Odette find great partnerships with producers Damian Taylor (Björk, Florence + The Machine, The Killers) and Paul Mac (Silverchair, The Dissociatives). "Paul and I worked together when I was very young, probably about 16 or 17," she recalls. "I had just written 'Pastel Walls' and 'Lotus Eaters' so we went and did demos for those.

"I really enjoyed working with him because he just had this beautiful world in his brain that kind of fit perfectly with mine in that moment. We both just knew what we wanted to do. I really like those sessions where you can just go in [without] thinking about a style or an arrangement or certain sounds. It’s just about connecting with another person and then creating from there."

Odette says her and Taylor (who produced the album) "are BFFs. He is amazing. We hit it off straight away. He is a lovely and talented person. It’s just nice to work with producers who you don’t feel like you’re working with a producer. You don’t feel like you’re going into a studio to create a certain thing. You just have this freedom, which I think is very difficult to achieve."

Odette’s lyrical style is greatly influenced by traditional poets such as John Keats, and she uses spoken word elements on tracks including 'Watch Me Read You'. But her songwriting process is not one drawn from dusty leather-bound notebooks. "I like to write on my phone," she says, "because it’s there. It’s temporary. You can just write a note; it doesn’t have to be a whole thing."

In fact 'Watch Me Read You' burst out of her in a fury. She explains: "I was 18, I had just gone to London and I had some real bullshit going on. I was completely fragmented, I had no idea what was going on. Eventually I just kind of had this low-key breakdown. But I got into the studio, like, the next day and we just wrote it. I didn’t think about it at all. It was like it was already written in my head and it just came out on paper."

Despite the emotional vulnerability of her lyrics, Odette is not hampered by sharing her experiences. "It’s not weird, nothing’s weird. Now that I’m 22 I don’t really connect with who that person was anymore. I hear all this pain and I remember how it felt to feel these things but I’m a completely different person. I think it’s quite interesting to listen to my music now with this different perspective."

Ahead of her performance at WOMADelaide, Odette reflects on the role her heritage has on her music. "Around the time of [creating To a Stranger] I was just realising what my ancestry even was. I had some family members do some research and heard songs that my family had passed on to me. It was really nice."

Born in the UK before moving to Australia at three years old, Odette’s mother is Zulu, the largest ethnic group in South Africa, and her father is British. Exploring Zulu music has had a profound effect on her. "There’s a lot of polyrhythms, and a lot of different major scales which I don’t really use a lot. So it was nice experimenting with that."

With a new album in the works and a new single likely to grace the WOMADelaide stage, 2020 is looking to be an exciting one. "I’ve been working really hard. I’ve got my team with me, I’ve got the best people who I could possibly have surrounded myself with co-writing songs with me, so it’s beautiful. I had a beautiful time making it."