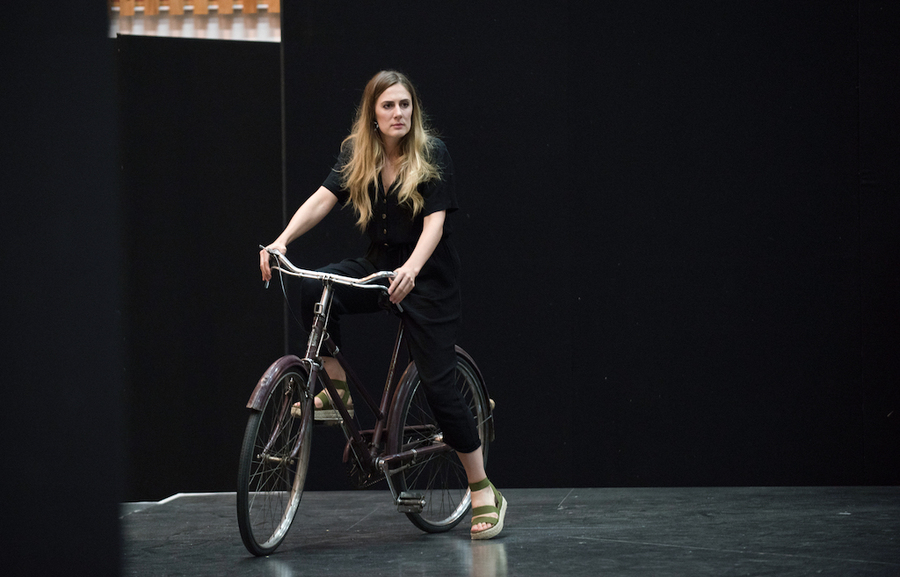 When an accident on the rigs leaves her new husband paralysed, Bess (portrayed by powerful soprano Sydney Mancasola) believes she is responsible and pits her God-fearing goodness against the power of her love in a mission to save him. Jan (Duncan Rock) begs his wife to sleep with strange men and report back to him, but, within her bleak and strictly religious community, such a mission is fraught with spiritual and physical danger.

Soutra Gilmour’s brutalist design, together Richard Howell’s lighting, is triumphantly repressive. The imprisoning collection of monolithic pillars become Bess’ church, Jan’s hospital room, and a fatal cargo ship respectively. Underpinned with Mazzoli’s often harrowing score and a chorus of puritanical men. As Bess falls further into despair, these men emerge as a chilling ensemble covered in sores and scars. The opera viscerally evokes the tragedy of female self-sacrifice and the violence of repression.

But this is difficult territory. While Mazzoli wanted to evoke a universal human experience – the power of loyalty, goodness and faith – it is hard to divorce such a brutal portrayal of female victimhood from the politics of the present moment. It is challenging viewing, not just for its violence, but because Bess is never allowed to transcend the virgin/whore binary of goodness and loyalty that she is forced into.