Dance and cinema come together in an exquisite meditation on death 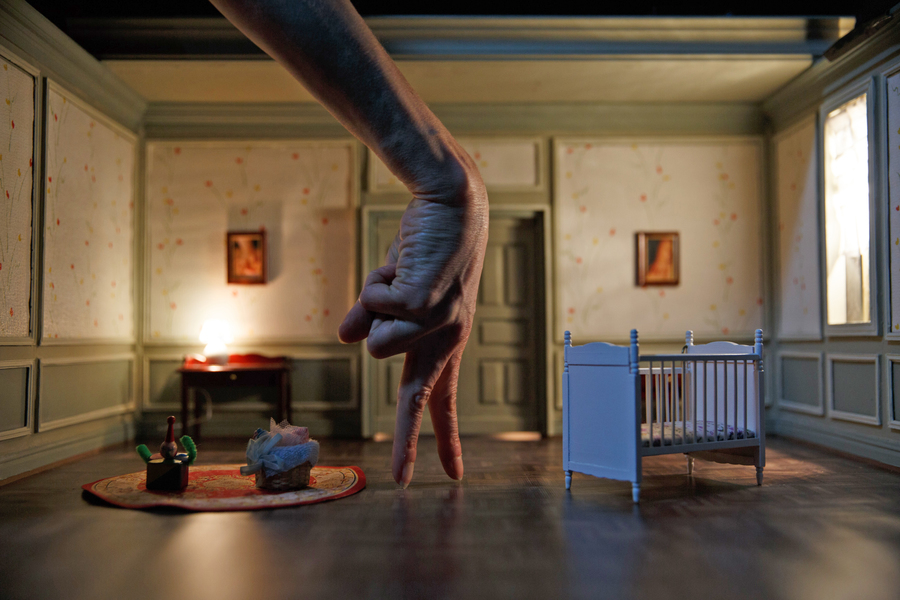 Cold Blood is an enthralling meditation on death, love and memory evoked through dance, theatre and filmmaking.

The brainchild of a Belgian couple, choreographer Michèle Anne De Mey and filmmaker Jaco Van Dormael, the show juxtaposes technical craft and artistic performance to illustrate the last impressions of life in the moments after death.

Dancers, using only their hands and forearms, perform alongside an illusion of lighting, camera work and miniature sets to create an instant film projected above them. Cameras, props, backdrops and trolleys are wheeled on and around the stage creating a vast array of intricate sets including a car wash, a hospital and a strip club.

Seven deaths play out on screen and stage – including an airplane crash, a bra-clasp swallowed at a strip club, a murderess’ suicide – and though the manner of each is unexpected and punctuated with a comedic surprise, they are also often violent and premature.

The paralleling of precise 'backstage' mechanics and dreamy cinematic effects emphasises the big questions the show grapples with: how much control do we really have over our lives and deaths, and at the end, what really matters?

Thomas Gunzig’s narrative – spoken by Toby Regbo – is poetic with a dry irony that evokes the small absurdities of life, and using hands as the premier performers of the piece lends a strange incongruity to what might otherwise be tragic, violent or obscene.

Taken together, the performance is not only deeply moving, but visually stunning as the Kiss & Cry Collective bring each element seamlessly together. In Cold Blood, the nuts and bolts of production are laid bare and what is revealed is a contemplative, surprising and beautiful work of art.