Kieran Hurley on Mouthpiece and Edinburgh 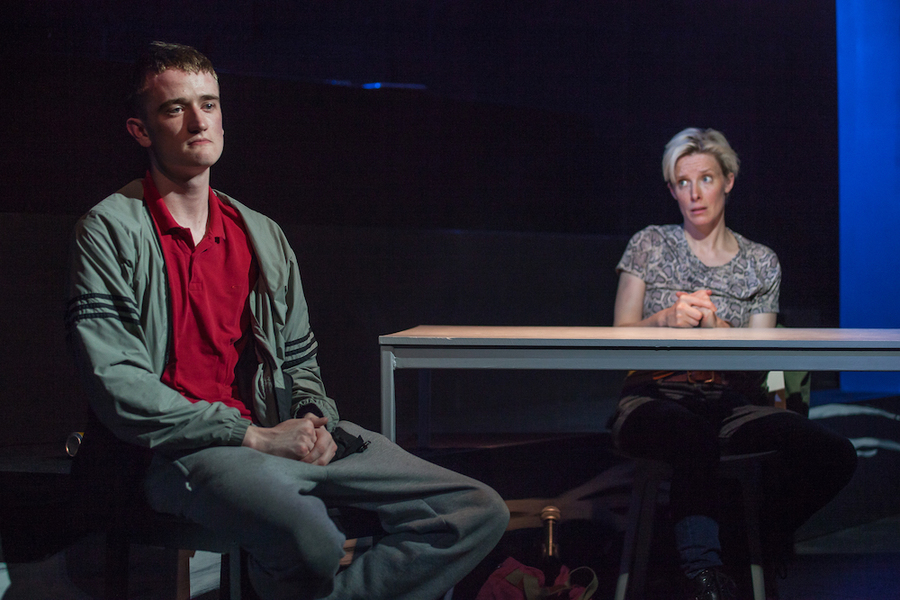 There are many individuals who challenge social inequality. At times, though, discussions about poverty seem reserved for those with wealth and influence, whose benevolence comes from their own fortunate circumstances.

This idea is one that Kieran Hurley’s Mouthpiece unravels. "In a sense, Mouthpiece is a way of me trying to work out my own class baggage," says Hurley.

The play's plot stems from an unlikely connection between 17-year-old, unemployed Declan and a middle-class playwright, Libby. Declan is accustomed to violence and futility; Libby is disgruntled with the artistic community in which she is yet to find favour. Although saddened to hear Declan’s story, she quickly identifies the value in telling it. It also doesn’t hurt that such a story may kickstart her waning career.

"It is an unconventional love story," says Hurley. "It's two people who are both lost in their own different ways. They are desperately and catastrophically alone… [this is] the hook that opens the initial bond in their relationship. They may not recognise it initially, but they both have a need for connection. Libby and Declan’s experiences of being rejected by the world are very different but just as acute as each other."

Hurley acknowledges that the discussions between Declan and Libby mirror many of his childhood experiences. "The arc of the story is specific to my own experience," says Hurley.

The play is set in Edinburgh, Hurley’s hometown. "I grew up in a normal working-class, mixed-class community called Restalrig. In terms of my economic and class background, this is ultimately what the play is about.

"I went to a state primary school in Edinburgh and grew up around many 'Declans'. But at the same time, I grew up in a middle-class context, where I was encouraged to do things, like go to university, or have the belief in myself that I could grow up to be a writer."

Exposure to both worlds at a young age may give Hurley a unique perspective. "There is a structural problem in the industry," says Hurley. "The current structure keeps people from being able to participate and to share their own stories… Most of it is related to money. To break through enough to imagine a steady income in the arts in the first place, you need financial support. So oftentimes the arts and artists themselves are supported by that steady wave of income which comes from those who are able to participate with free labour. And that is a problem, not just because of who gets paid for what, but because it impacts massively who is able to participate."

Despite Mouthpiece's success, Hurley acknowledges that it was not a straightforward process to write the play. "Initially, [the play] was pretty shit," he says. "There were so many drafts."

And here lies what Hurley has identified as one of the most vital problems with the industry. "There is also a very important thing which is giving artists the right to fail, artists need organisations and institutions that will back them, even when they fail."

Hurley is also careful to make a disclaimer here, "Of course, I don’t want people who have paid money and given my work time and attention to be disappointed, I want my work to kick ass!"

The issue may not only be about money though, it is more cyclic and dangerously subtle. "The arts are intertwined with middle-class production and consumption and values. It’s really culturally embedded… You can have all these diversity drivers, policies and panels, but as long as the industry is held afloat and held together by free labour, then there is only a small cross-section of society who are able to take that risk, who are able to participate," he says. "This prevents people from being able to tell their own stories, just like Declan is unable to tell his.