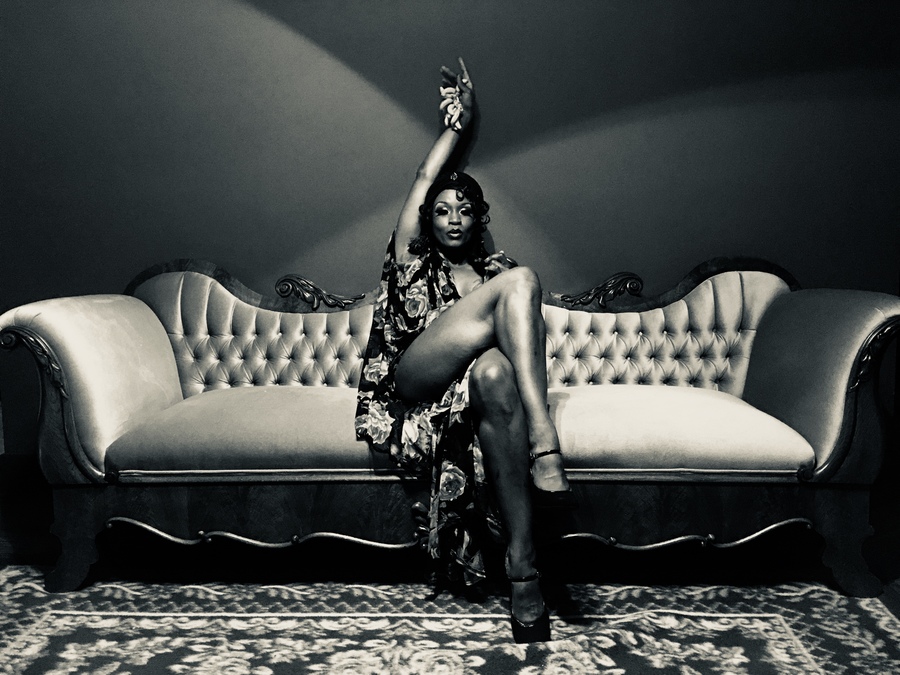 Famed for her iconic banana dance, her brilliant comedic timing and her daring sensuality, Josephine Baker was a superstar of the jazz age. Moving from St Louis to Paris, she soon took the world by storm.

"Of course, she had to go to Europe to do it," says Mike Marinaccio, the co-creator, dramaturge and designer of Josephine, the cabaret, burlesque, dream play bringing her story to life. "Being a spy for the French Resistance, adopting 12 children, being the only woman to speak at the march on Washington in 1963 – she just had the most incredible life."

"She’s the whole reason I’m able to do this," says Tymisha Harris, the acclaimed singer, dancer, actor and burlesque star who co-created the show and stars as Baker in the show. "If she hadn’t broken barriers back in the day by being herself with her darker skin and starring beside white men in France and touring the world, I wouldn’t be able to do this."

Baker was not just a superstar of her time. She was confident, driven and unafraid to make demands, especially when it came to the kind of work she wanted to do and how she wanted to do it – a privilege barred to most black women of her time. "Because Josephine didn’t need America, she was able to kick down that wall," says Marinaccio.

"I think her fearlessness was such an inspiration for me," Harris continues. "It was like – oh, she can go and do this and have this wonderful career and life – why can’t I? It wasn’t until we started developing the show that I realised that I was the first black woman in a lot of things. I think Josephine helped guide me that way."

Living in a time of increased racism, tribalism and nationalism, Baker’s story is perhaps more important than ever. "You hear Josephine quoting about bringing the world together and that your race and gender or colour – what you’re born into – is a roll of the dice, and we still haven’t fucking got it," Marinaccio says, sighing. "That’s why it’s relevant and that’s why it resonates."

But it’s not all politics. With ten songs, two dance numbers, and more costume changes than you can count, the show invites you into Baker’s boudoir to discover her life, her magnanimous energy, and her fabulous style.

"It feels like you’re at a big concert and then it brings back and you’re in this intimate boudoir," says Marinaccio. "Like a dream," Harris continues. "Josephine created this whole dream world for her audience, and that’s one of the things I wanted to do. Take it for that hour and send someone on a new trek for life, send them on a new way to think about things for life."