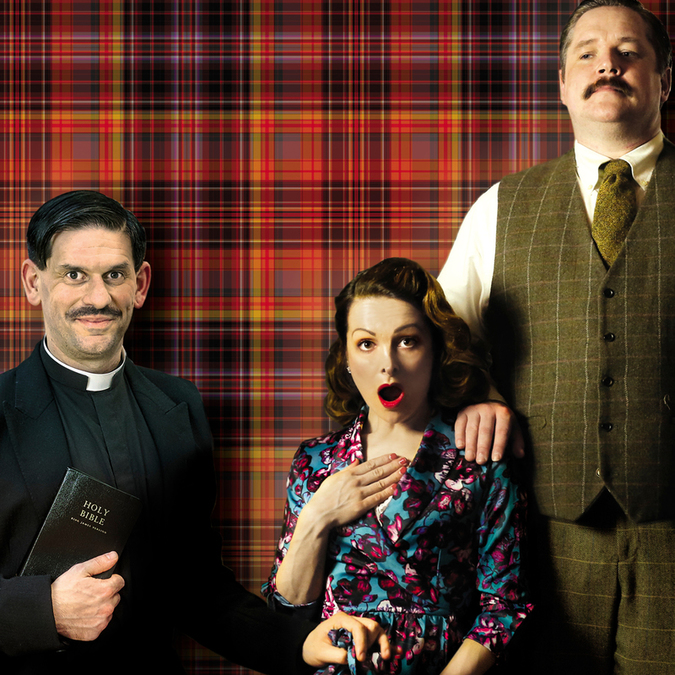 Holden Street’s converted church finds its match with the baritone delivery and rhyming couplets of Liz Lochhead’s adaptation of Tartuffe. Originally set in 17th century France, this rendition of Molière's story of a scheming house guest is set entirely in a 1940s living room in Scotland.

Tartuffe (played by Andy Clark) has ingratiated himself with Orgon (Harry Clark). But the tricksters' devious gold-digging soon puts him at odds with Orgon's beautiful young wife (Nicola Ward), who – with bonnie housemaid Dorrine (Joyce Falconer) – attempts dissuade her foolish husband from being blindsided. The acting from this small cast is sensational. Bold, unique, and full of sly gags, this is theatre at its best.

For those who can't keep pace with Lochhead's Scottish dialect and slang there's English surtitles. But this is a special show that can take linguistic confusion and spin it into absolute charm – turning the theatre’s inner-arches into sounding boards for an entertaining take on an uproarious comedic-melodrama.