Although based on a 1912 play by Arthur Schnitzler, the issues raised by The Doctor could not be more relevant 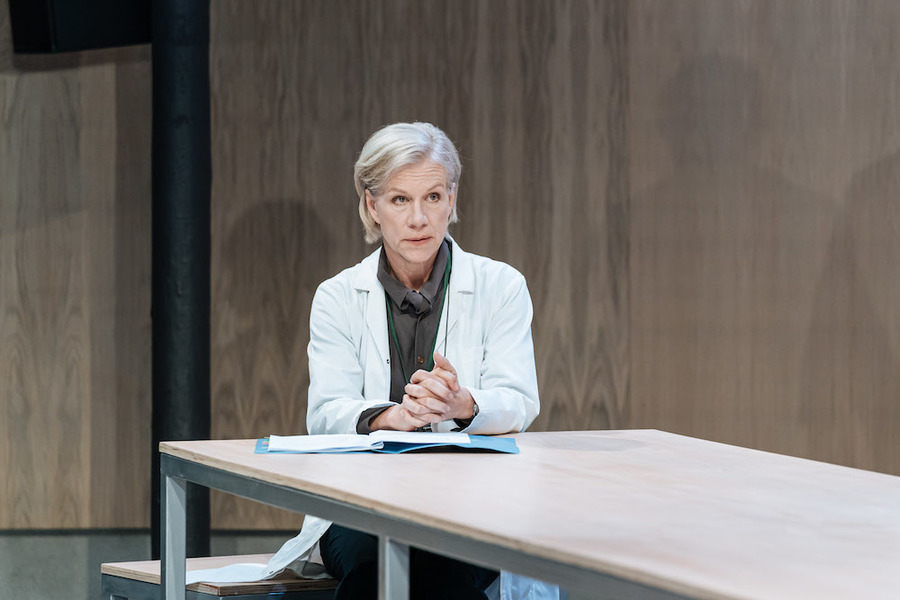 Do you let her die in her ignorant delirium? Or do you snatch her out, cause panic, and relieve her of her mortal sins?

Juliet Stevenson is Ruth Wolff – the professor in charge of making that very decision. Stevenson is sure, fierce and ethical in her position – but what follows is an unravelling tapestry of complexities.

The first act follows the facility’s team discussing how to cope with the public backlash and divisions between the small team are clear. Things are not as they seem, however – the casting is such that you cannot know the sex nor race of a character by their actor.

As female actors are ‘outed’ as male doctors, the issue of bias is pushed to the forefront. Was that character being treated differently for being a man? A woman?

The second act is a powerfully uncomfortable conversation of systemic issues and privilege. Wolff is attacked from all angles – race, bias, power, religion, choice – and cracks begin to show. As the multitude of relevant issues rise against Wolff, perspective shifts. Right and wrong are blurred by the lens through which you choose to view Wolff’s choice.