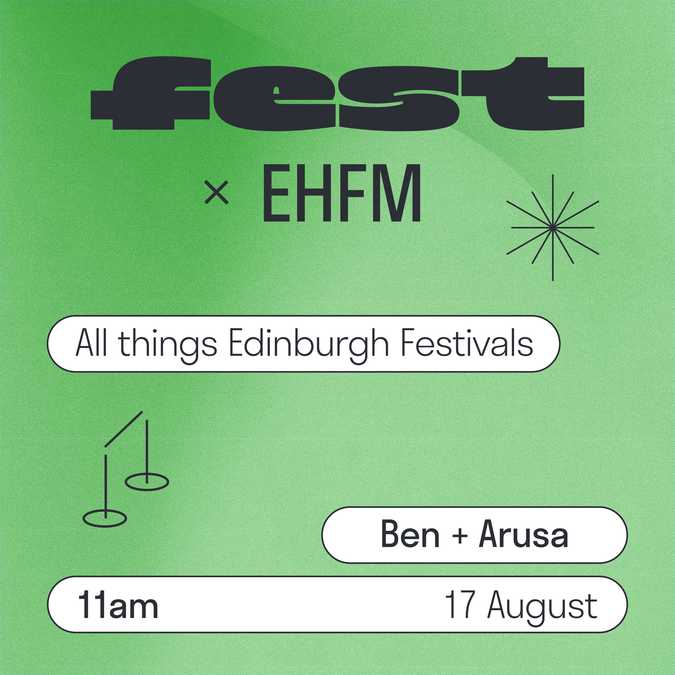 Edinburgh-based online radio station EHFM have kindly agreed to host Fest weekly in August, for a show that coincides with each issue of the magazine. Every Wednesday, Arusa and Ben will run through their highlights, chat to special guests and play some tunes to get everyone in the festival spirit.

In episode three, they spoke about Fest's highest ratest shows so far and the latest cover star Randy Feltface, as well as this week's big features on Rosie Holt, Michael Spicer, TikTok stars Sugarcoated Sisters and Australian performer Julia Hales. Plus, award-winning writer and theatre maker Annie George joined the show to speak about her two shows, Home Is Not the Place and Twa, both at Summerhall.

The next show airs live on EHFM on Wednesday 24 August at 11am.