Dirty, subversive clubland circus that’s not afraid to be political 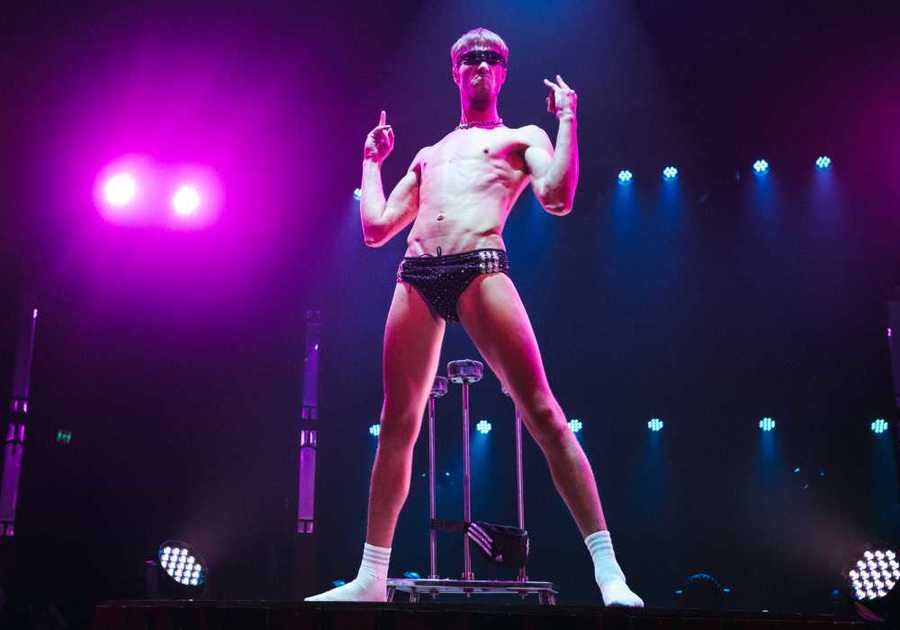 There is little linking (OK, nothing) the acts apart from a sense of club-kid anarchy, unapologetic thirst-traps and a predilection for hot pink glitter. There’s stunning aerial from Em Chilvers and Leo Pentland, alongside creepy juggling from human-haunted doll Olivia Porter. Mixed with burlesque and Bede Nash’s cocaine-fuelled-gymnast at the world’s-gayest-Butlins routine, it’s a stunning, Queer, messy riot.

And if you’ve ever wondered what Mariah Carey looks like taking a shit, look no further than Australian performance artist Tara Boom. Her conception to abortion clown-grotesque is a political statement on reproductive rights, danced out from atop a toilet in spangled sperm shoes. Blunderland is filthy but not frothy, these freaks put on one seriously clever, subversive show.