Forget the perfect, polished pop princess – this show is a mess 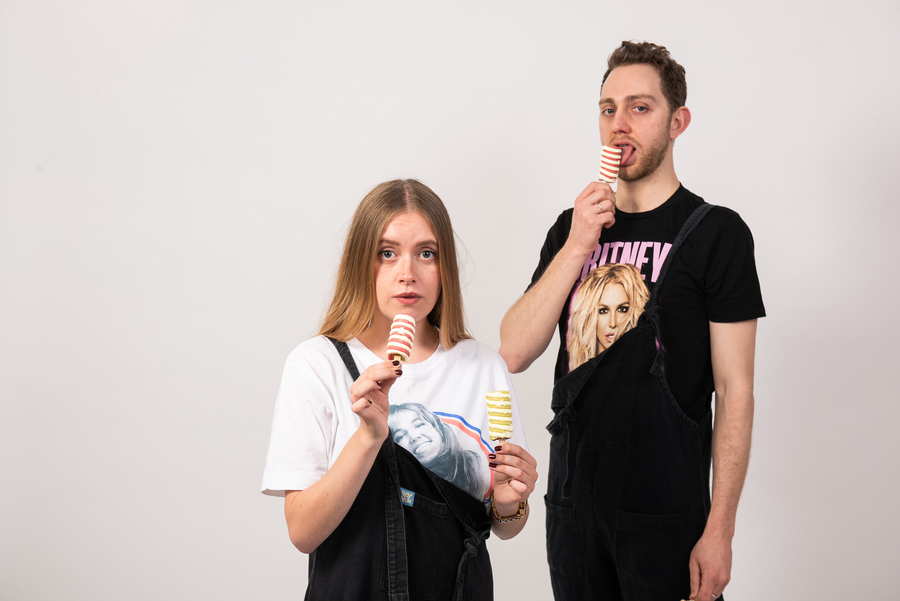 It’s Britney, Bitches is a bachelorette party of a show. You can’t help feeling that there was a plan, once, but it went flying out of the window after the fourth shot, and someone will regret it in the morning. The result is a show only loosely held together by love of Britney Spears – and a shallow love at that.

It’s all mindless adoration. Between the mediocre covers, quizzes and sketches, there’s no engagement with the cipher at its centre. Her critics are booed, her fans cheered, her statements on Instagram treated like gospel. The most in-depth questioning of who Spears really is comes from Jonathan Ross, in a clip from 2016. Perhaps there’s very little to say about one of the most reported-on women in the world, but Claire Gorman and Jonathan Ashby don’t seem to be trying very hard.

The show is part verbatim theatre, so Gorman and Ashby have to rely on other people’s insights about the many ups and downs of Spears’ career. The character comedy they work into these sketches is good, but you feel they could’ve asked their interviewees better questions. Instead, less time is spent on Spears’ troubles (you won’t even hear the word conservatorship) than on Chris Crocker, he of the "Leave Britney Alone!" meme. It’s a tangent at best, with every quote ripped straight from Wikipedia.

“Britney is lucky because she has the best fans in the world!” the hosts croon over a cover of 'Lucky'—the hit very famously about how Spears is not lucky—towards the end of the act. If this is the best her fans can manage, they don’t deserve her.