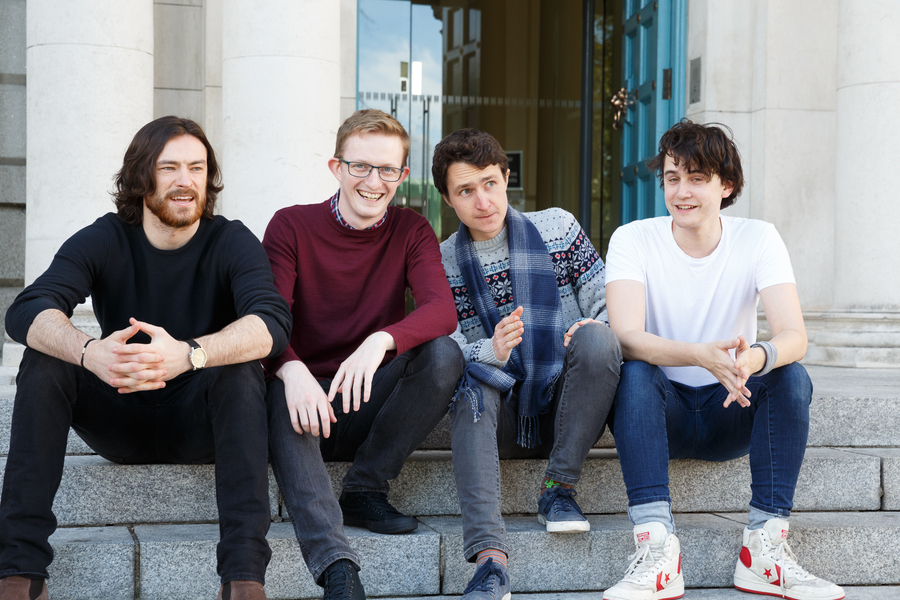 You will no doubt agree that what the world’s biggest art festival really needs right now is more film and TV pastiches. Honestly, the myriad improv groups and dinner theatre companies are doing their best, but at this rate it will be another two or three years before every single much-loved classic has been rubbished.

Thankfully Dreamgun take a more skilfully-aimed shot at the affectionate-parody format, having honed their craft via a popular podcast. Their flyer may not look wildly promising—the requisite wacky grins and worrisome jazz hands—but on stage this Dublin-formed collective have a whole different tone. Rather than let variably-talented improvisers loose on a vague theme, Film Reads, as the title suggests, is tightly scripted and clearly laboured-over with love.

They take on a different movie each night—although some recur during the run—and this Wednesday evening the eight-strong cast tackle Jaws. Consistently funny it is too, with particular nods to Ronan Carey’s dry narration, the many and varied voices of Hannah Mamalis (from doomed valley girl to "exploding child"), and Ed Salmon’s excellent Quint impression, which adds an extra dimension. He even takes on the dramatic USS Indianapolis speech, which could backfire in lesser hands.

The feel is very much that of an old radio broadcast, and while the actors clearly have—go on then—a whale of a time, they manage not to slip into the back-slapping self-indulgence that undoes many gang shows of this ilk. May their unlikely voyage continue.