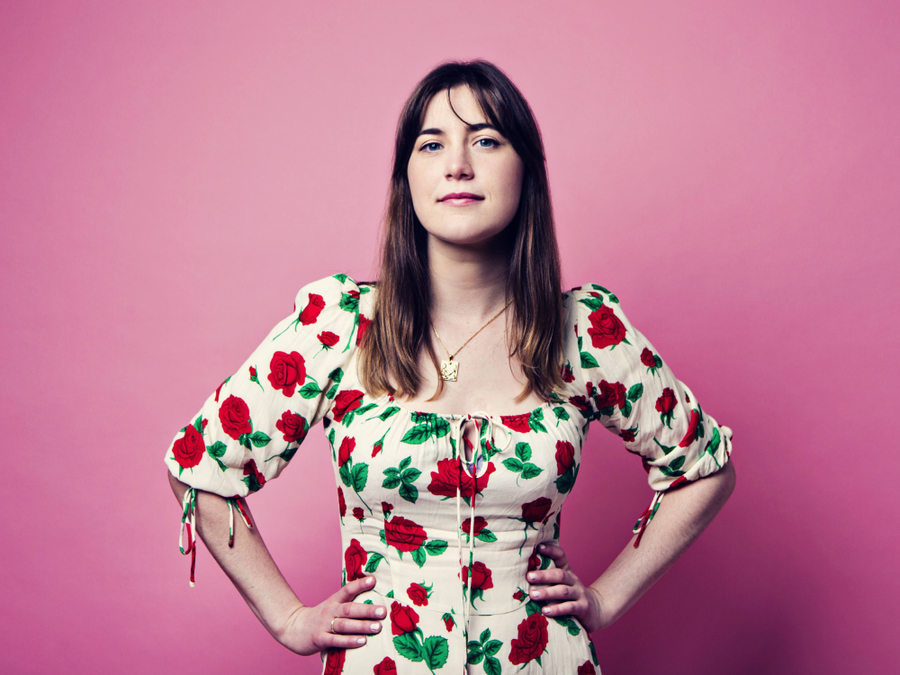 When did you first realise you could make people laugh?

I was never much of a class clown or anything like that growing up – I was always very shy and very quiet – however, I also played golf competitively and whenever I won a tournament as a kid, I would get to make a little speech that I would subliminally treat as a tight five (a bit of a foreshadowing scene in my future biopic), attempting to get in as many laughs as possible. So, as for many, my realisation that I had the ability to elicit a laugh came at the clubhouse of a golf course when I was about 10 years old.

How long after that moment was it that you decided you wanted to do comedy professionally?

I honestly can’t remember a time when I didn’t want to do comedy. It’s always been something I wanted to do, always lingering in the back of my mind, even while pursuing different careers. However, I think I always saw it as such a dream job that I only ever saw it as just that – a dream. I didn’t think it was realistic to pursue, or that anyone could actually make money from it. Many years later as a full-time professional comedian, I am living my dream but I’m still not entirely convinced that anyone can actually make money from it.

When and where was your very first gig and did you make people laugh there?

My first gig was at an open mic night in North London in November 2018. I hadn’t planned to perform – I had been writing jokes in my sad little diary for some time, and my family, being the only ones who knew about my shameful secret, were encouraging me to pursue comedy properly. I was reluctant but decided I would attend an open mic night undercover as an audience member to scope out the weird and wonderful world I was potentially going to join, accompanied by my Mum. The compere did some crowd work and asked my Mum what had brought her to the night (a very reasonable question considering absolutely everything about the night) and she said that her daughter “wants to be a comedian”. It turned out, there had been a drop out that night and the compere offered I take the spot – I took him up on his offer and the rest is history.

Who is your favourite stand-up comedian, and why?

Taylor Swift. I mean this without a shred of irony. I think she is a phenomenal writer and a great deal of what she does in her music has parallels with what I am trying to achieve in my comedy – like Swift, my work is personal, of the narrative storytelling genre, and often about people who have wronged me in the past. I love everything Taylor Swift has ever done (except CATS, but we all make mistakes). I genuinely think she is the best comedy writer Saturday Night Live has ever hired and I think the way she brings up things that happened a decade ago that she was right about is a great bit. If you weren't pursuing comedy what career would you choose? So far, I have dabbled in exclusively male-dominated industries – I grew up playing golf, I went on to study engineering at university, I became an accountant, and now I am a comedian. The only thing that ties my haphazard CV together is my unwavering desire to steal jobs that god intended for straight white men. So, naturally, when my career in comedy inevitably runs its course, I guess politics is next? Heard there are some openings.

What book has made you laugh the most?

My favourite book is One More Thing by B.J. Novak. It’s a bunch of short stories and it’s wonderfully funny and smart. There’s one short story called ‘All You Have to Do’ about a man who believes that all you have to do to find love is wear a red t-shirt, which is one of the best things I have ever read. I’ve referenced this short story on my dating app profiles, which unsurprisingly hasn’t lead to me finding love, but a lot of men have offered to sell me their red t shirts, so that’s nice.

What's the nicest thing anybody has said about your comedy?

Once someone told me that I inspired them to take up comedy themselves, and that was incredibly flattering.

Once someone told me that I inspired them to take up comedy themselves, and I am so incredibly sorry for doing that.

Is the person you are on-stage close to who you are off-stage?

No, and for good reason – quite frankly, I think anyone who is fully who they are on stage is utterly insufferable to be around –someone who needs to be the centre of attention and receive constant validation makes for exhausting company. However, I do think my stage persona is a very small and incredibly heightened element of who I am in real life. My show is called Just A Normal Girl Who Enjoys Revenge and it is essentially me making my way through a list of people who have wronged me in the past. They are real stories, but for legal reasons, I must insist, I don’t typically go around enacting revenge in my real life – in fact, in real life, I very rarely stand up for myself, I just write stand-up. I think standing up for oneself is something that a lot of people have difficultly with – most of us think of what we actually wanted to say or should’ve said hours later in the shower. So that’s what I decided to do – take very thought I have had while shampooing my hair and turn it into a show.

What shows are you most looking forward to seeing at this year's Fringe?

Sean McLoughlin’s So Be It is at the very top of my list. I saw a preview of his show at Mach Comedy Fest and even in its early stages, it was phenomenal. I’m such a fan of his that I am probably creeping him out with the amount of shout-outs I’ve given him in my Q&As – but I’m going to keep going and you should to! If you want to go see an excellently written and excellently performed show from a genuinely lovely person, I really cannot recommend him enough. Also, Celya AB, Alex Kealy, Jon Long, Chelsea Birkby, Sam Lake, Stuart McPherson, Connor Burns and Ryan Cullen – all lovely people with lovely shows which crucially do not conflict time-wise with mine.