Bring it Online: The Sugarcoated Sisters and Kylie Brakeman chat about their experiences on TikTok 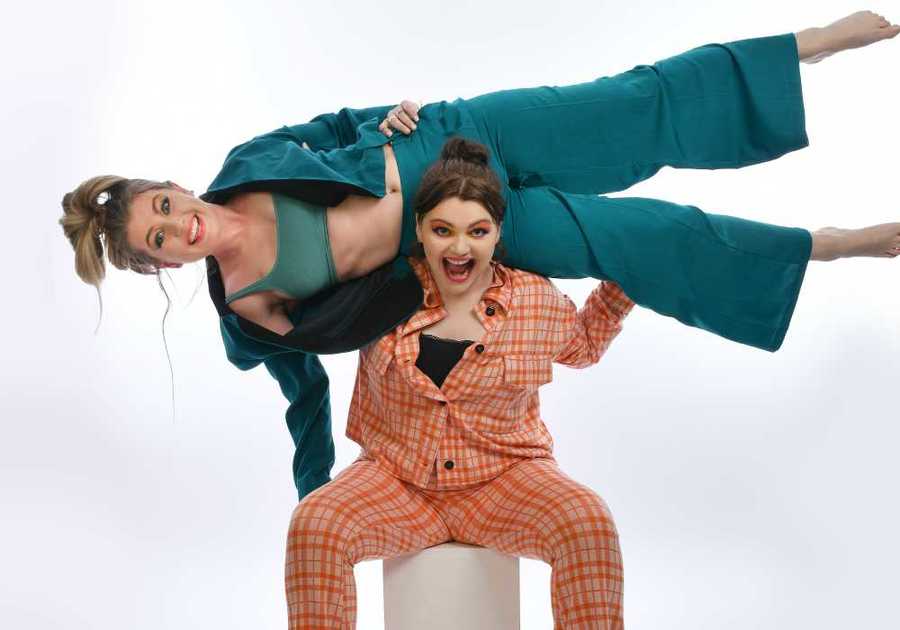 The Sugarcoated Sisters have a TikTok audience of almost 400,000. Together, Chloe and Tabby Tingey perform satirical songs and aren't afraid of getting personal. A video they shared in March – on their experiences with diabetes and bipolar disorder respecively – struck a chord, with the video currently at 1.2 million likes and counting.

“When we first joined the app we weren't going into it to do musical comedy,” Chloe says. “But we started scrolling and realised there’s comedy on here, there's acting on here. And then we went, ‘oh we could do that’.”

Tabby adds: “Performance is a really interesting landscape to navigate. I trained as an actress and Chloe trained as a musician. But when I was at drama school, I was always told by our mum that I should do comedy. We have quite a big family and we have always had comedy as a form of catharsis for dealing with things. Everything has always come back to comedy for us.”

The Sugarcoated Sisters explore everything from the mundane to the problematic in their videos. As Tabby explains: “Feminism is political and misogyny is political. It's all interlinked; satire has been around for as long as people were standing up and talking about things. Performance is a refreshing way for us to deal with things that are going on in the world and it's also a universal language, really.”

For the duo, there is a difference between performing virtually and performing live, with Chloe noting that on TikTok “the video sinks or swims within the first 24 hours”. There’s also the dynamic spirit of live performance, which can’t be fully replicated online.

“When you're doing a comedy song where there's audience interaction, laughing and they’re reciprocating something in that moment, it's like all of the songs are alive, there's push and pull there,” Tabby says. “And it's like, how far can we go in this section? There’s a level of judging it as you go along.” 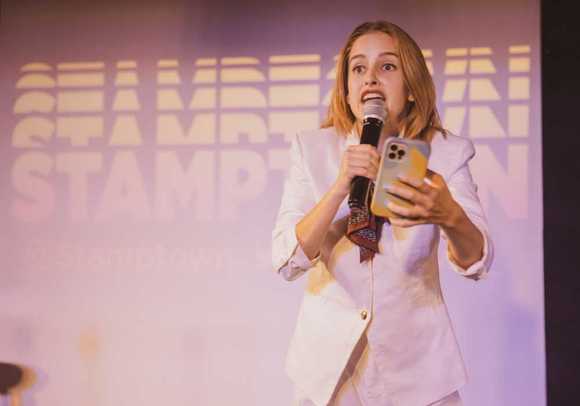 Kylie Brakeman also arrives at the Fringe with a healthy social media following. The US comedian and actor is known for thrilling her 186,000 TikTok followers with socially relevant quips and zany ‘wine mom’ characters. But Kylie’s journey started on the stage before she ever built a following online.

“I was doing improv in college for a full year and it instilled a lot of the rules of comedy in me,” she says. “Then when the pandemic hit, everything shut down. I was making videos to hold myself accountable and I never thought that they would blow up in the way that they did. It became part of the routine of ‘okay, you get up, it's another day in quarantine, we’ll try and make a video’. And if not, we do a puzzle.”

Brakeman has garnered audiences across multiple social platforms including TikTok, Instagram and Twitter. Noting the differences, she says, “Each site wants something completely different. Twitter wants cerebral topical stuff but the second Twitter can sense that you tried at something, it immediately turns people off. On Instagram, I feel like that's my comfort zone right now for sketches. TikTok is a mystery to me. There are these kids with seven million followers and I'm like, I will never compete with them.”

The virtual sphere, where follower counts mean so much, may seem like a difficult place to compete but both Brakeman and The Sugarcoated Sisters can argue that they’ve surpassed this world by turning their online success into a fully-fledged Fringe debut. Chloe and Tabby reiterate a number of times how grateful they are to be able to bring their work to a live audience, while Brakeman is keen to interact with that audience as much as possible

“There's going to be a little bit of audience interaction,” she says. “My favourite moments on stage are when I find something new. If the audience says something unexpected and you're able to bat it off, it can be a very fun moment because nobody knows what's going to happen next.”

Speaking of what to expect from their show Bittersweet, Tabby says: “Men are overrepresented in comedy and we're not happy about it. You’ll love one of our songs in the upcoming show. It's called Women Aren't Funny.”

Chloe adds: “It features us as men talking about how unfunny women are and satirising men complaining about cancel culture.”

The general aim for The Sugarcoated Sisters with this show is to celebrate womanhood and female perspectives, but with a side of tenderness and biting humour as well.

“I think I’m generally attracted to stories with women who are delusional,” she says. “I think delusion is very funny. I'm trying to put myself out there and have a delusional, hopeful summer. You have to be slightly delusional to succeed, that's what I'm learning.”