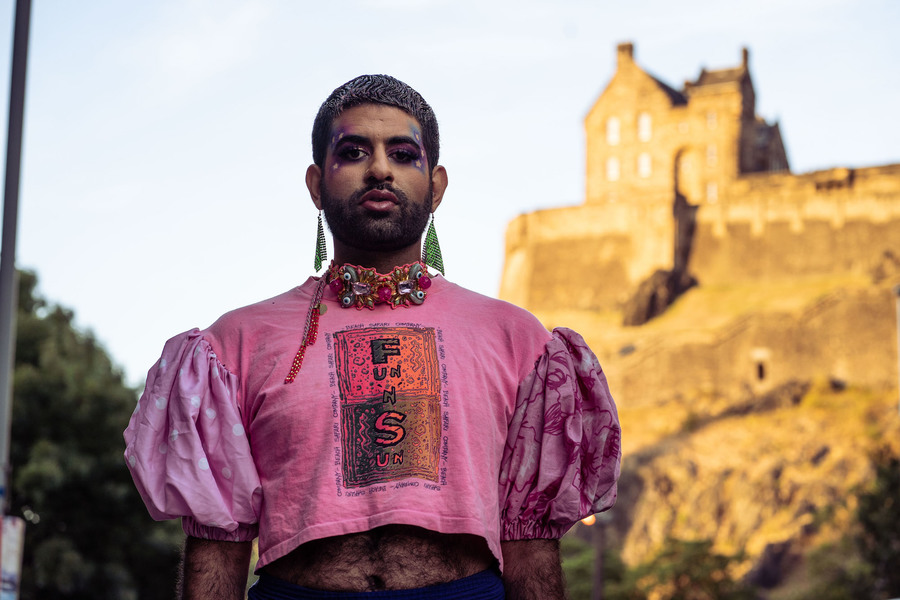 Alok Vaid-Menon moves from playful to intense and intense to playful in a many-hued hour of comedy and poetry.

Their delivery is similarly layered. Sometimes their voice stabs with staccato rhythms, beating with a resolute purpose. Western traditions and institutions are compared to a performative art; the strange preoccupation people have when asked to enlarge their vocabulary is called out for its hypocrisy. These parts of the show rise to the familiar crescendo of stand-up routines. But then, with a weightless subtlety, ALOK is voicing a poem about their grandfather's last days. We find ourselves leaning forward, to catch their murmur, because the tenderness of their grief heals like song.

ALOK creates vivid pictures from their family history, such as their father’s bribes to cheer them on to the sports field. Not that ALOK plays ball, an irony given today's culture war about sports. Later, they present a concise history of medicine. A history which informs a current lack of refinement, forcing doctors to hand out non-diagnoses which are no more than a blame game. It's a situation which leaves patients in flailing attempts to find answers elsewhere – hypnotism via Zoom, anyone?

If the enraged spleens that blame outsiders for the collapsing structure of western civilisation are correct, it perhaps isn't unreasonable to ask those with experiences such as ALOK to help replace it. At least then it'd be a civilisation with nuance. Meanwhile, more modestly, we can settle for a comedy hour with a refreshing point of view.