Review: Britney: Friends and Nothing More 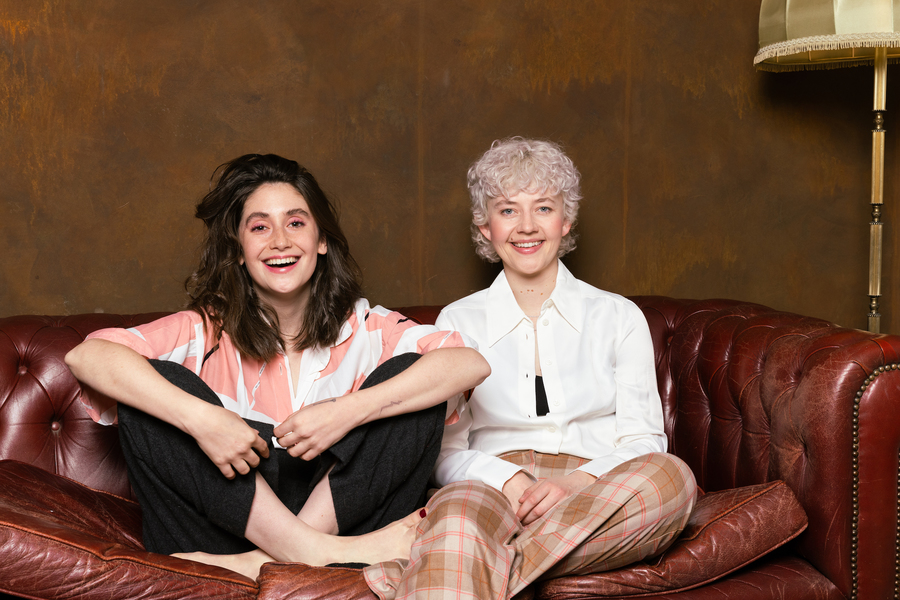 Friends since Year Nine, Charly Clive and Ellen Robertson’s show rings with the authenticity and private language that blossoms with those we like and know best.

As Britney, the sketch duo take us from creative-source to sea. Clive and Robertson's shared history allows them a special trust in their writing. We watch them deliver skits that must have made each other laugh long before they've translated it into material that works for an audience. A quote from Stephen King on writing and marriage, surely once the fragment of an initial idea, introduces their take on the domestic relationship the horror author has with his wife, Tabitha. They have a closeness which allows them a quiet confidence, we're able to luxuriate in the sketches between sketches as they take apart their Heely x Reeboks, bemoaning the cumbersome mechanics of carrying around the footwear's universal wrench.

They gleefully play around with routines, turning jokes upside down, giving us the pay off to their Beauty and the Beast parody long before we hear the set-up. As clever as they are goofy, mining groans and laughs, extending the mileage of every line, Friends and Nothing More is a generous hour of comedy in which we get to share the language of friendship and be in on every joke.