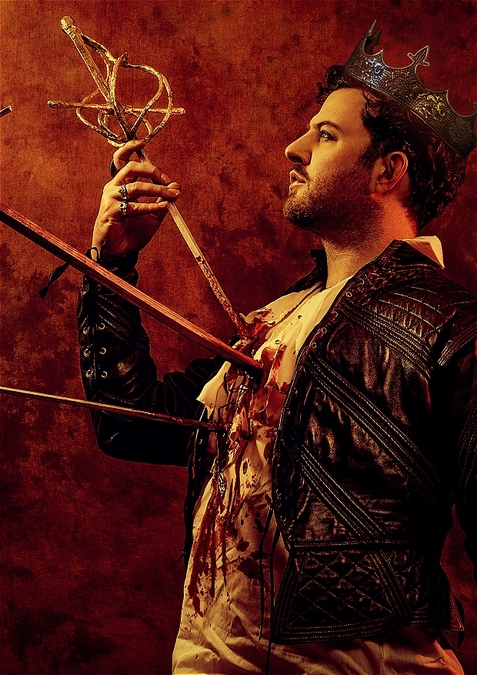 This is the third outing for Ciarán Dowd’s Rodolfo Martini Toyota. We’ve seen this swashbuckler out to avenge his father in Don Rodolfo. He embraced God and struggled with celibacy in Padre Rodolfo. Now he’s gone full batshit tyrant mode in this new adventure as Rodolfo I, King of England.

As ever, the main draw is Dowd’s rakish performance as this preening blaggard. When not boasting about his sexual prowess and divine toosh, he’s taking us on wildly imaginative flights of fancy all told in a questionable accent, which suggests Rodolfo’s birthplace could be anywhere between Seville and Sligo. What's new here is that a wrinkle of social commentary has slipped in between the daft jokes and derring-do. After all, it can’t be an accident that this idiotic mad-shagger with a god complex and the inability to tell the truth calls to mind some recent leaders of the western world.

Dowd doesn’t labour this point though; this isn’t a show designed to make you think much. We’re here to have a good time, and Dowd’s daft shenanigans and sly stagecraft certainly deliver. More sane characters appear, like Rodolfo's sickly son Dragons, and an actual plot emerges too, which proves surprisingly thrilling thanks to some well-deployed twists and a particularly neat piece of old-school stage trickery. But don’t let the slickness of the presentation fool you: the show is also deeply puerile. The highlight is surely Dowd’s jaw-dropping reimagining of a Trojan Horse if the Greeks had been on a budget. Given how much Dowd was corpsing throughout that section, we'd hazard a guess it’s his favourite part of the show too.