A fever dream from Archie Henderson as Jazz Emu 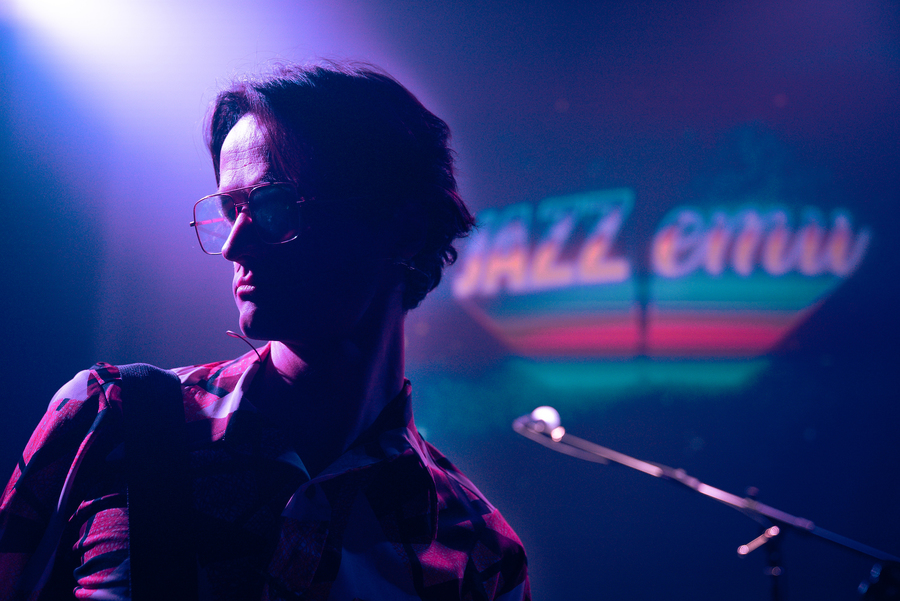 In the way he moves his limbs and body, as though they’re separate from each other, but still somehow in sync, Jazz Emu is like someone crossed Jarvis Cocker with his eponymous flightless bird. His absurd physicality, added to impressive wordsmithery and musical aptitude, puts Jazz Emu up there as a master of most of the trades he’s plying.

Emu’s back after a disastrous 2016 Scandinavian gig where he accidentally insulted one of his biggest fans, and this is his mission to get everyone in the world to like him again. With his dad on his back – beaming in on FaceTime to explain how disappointed in him he is – and an irate goblin to win over, he tries all the tricks to make himself more palatable to his global audience.

This is achieved mainly through a combination of musical comedy, quick-fire multimedia and unexpected existentialism – although mashed together in Emu’s inimitable way, they do make You Shouldn’t Have feel like a mild fever dream. There’s just something not quite right about how Emu’s mind works, and the introduction of Rice Krispies' uncanny fourth mascot, alongside Emu’s unforgiving goblin nemesis, gives the show the off-kilter bent that makes it worth spending an hour in his company.