Wonderfully weird and energetic show from the comedian-turned-magician 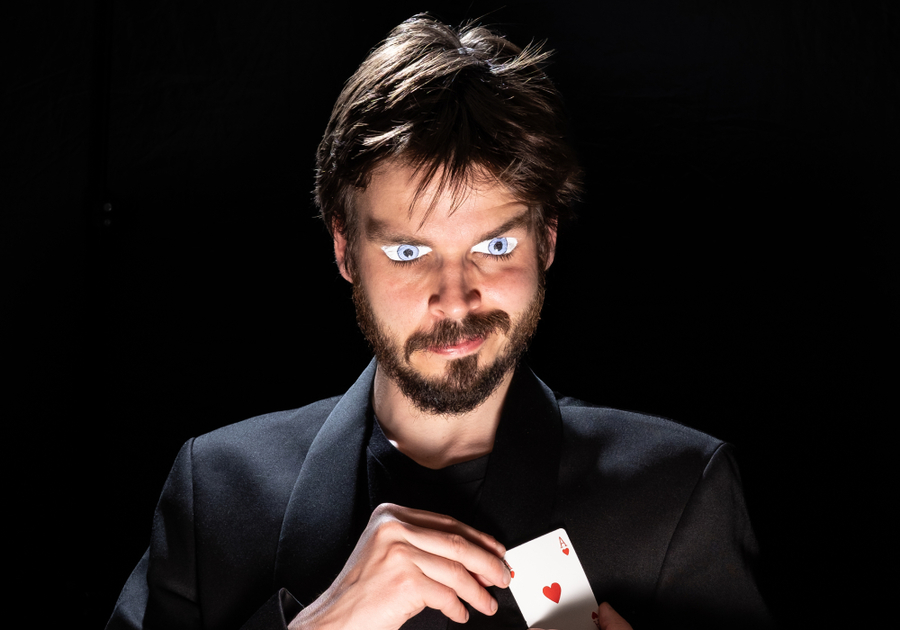 Some comedy shows are so weird that they become something else entirely. That is often the case with festival regular Joz Norris, and it definitely applies to his new hour Blink, which starts weird and gets weirder, then gets weirder still.

The overarching concept is that Norris has given up comedy to become a serious magician, and that in this show he will attempt the impossible: to get his Pleasance Dome audience to think and blink in unison. He is, needless to say, totally useless at magic, and the show is actually an extended series of entertaining riffs around his ineptitude.

There’s a good routine about him broadcasting audience members innermost thoughts out-loud via a crazy contraption, before the tables are turned and his crowd begin controlling the show themselves. There’s a great gag about a stolen backing track, too, and another about a sausage-less sandwich.

Norris – dressed in a tophat and tails but trouser-less – has an almost maniacal, madcap energy throughout, sometimes charming, sometimes distraught, and often outright aggressive to his audience. His co-creator Ben Target shepherds proceedings from the tech desk, only slightly more sedately.

The whole thing is scrappy, silly, and surreal – but maybe there is something serious going on as well, amid all the fannying about and fart jokes, some metatheatrical insight on the meaning of life. Maybe. What is for sure, though, is that Norris and Target have created something utterly unique, very weird, and a wee bit wonderful.