A superb and revelatory hour 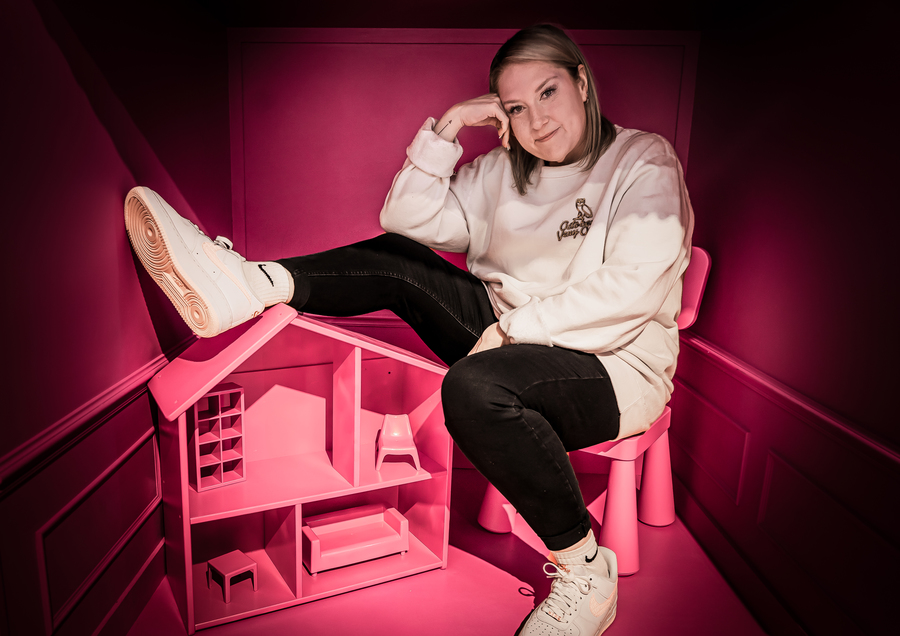 It would be tempting to see Losing Myself in the vein of the classic 'Dead Dad' show: a form popular some years ago in which a tightly structured comedy hour leads up to an emotional sucker punch. It's a reductive comparison, though, for two reasons: the first is that this underplays just what an emotional, open and thoughtful reveal this show culminates in. The second is that there's a much more innovative structure at work here – which bites much harder when it's finally laid bare.

On the first point, and to tiptoe around the edges of the content so as not to spoil it, there's little in Barron's set which hints at the personal crisis she reached in 2020. Indeed, quite the opposite: we're regaled with stories of a confident, comfortably sexual, gleefully offensive woman. "I don't care how fuckin' toxic that is," she laughs, detailing preferred experiences in bed. Suddenly, though, her voice cracks and we're forced to question and confront the extent to which that confidence is real, or a mask which we're complicit in upholding. There's no answer here, but the ambiguity and the emotional weight is a real jolt to the Adam's apple.

On the second point, what's lovely here is how little we see it coming. Barron delivers 45 minutes of meandering, funny stories (a skilful touch is the way Barron defers punchlines with other stories, like little Matryoshka jokes), superb act outs, and full on filthy gags before opening the door on her pain. At that point, seemingly disparate material comes into focus as a trail of breadcrumbs leading to the revelation. As it turns out, there's very little here that's throwaway.