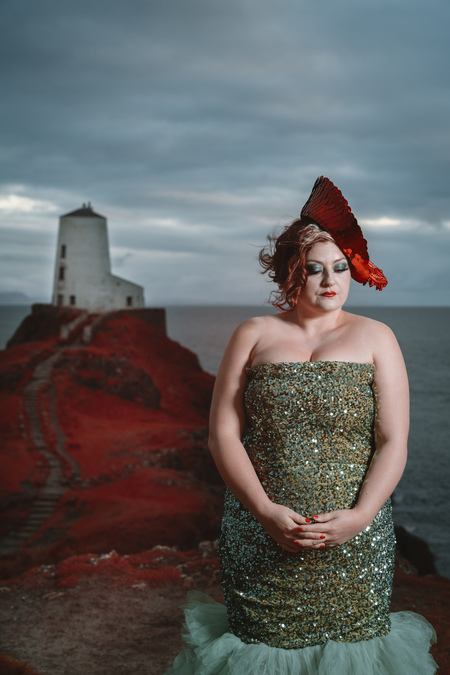 Under green and red lights in a green-for-Wales sequined leotard and statement sparkling earrings, Kiri Pritchard-McLean shines like the comedy gold she is. Every now and again, the stage lights and Pritchard-McLean’s shimmer convene to reflect back on the audience, which couldn’t be more fitting. Home Truths is a commentary on reflection, whether that’s seeing yourself in a mirror being fucked in an unflattering position or thinking about your place in this world.

Home Truths has a narrative that flows seamlessly and smoothly, picking up themes and callbacks as it goes. We begin with body image – Pritchard-McLean is sure she has reverse Body Dysmorphic Disorder, “I think I might have too much confidence,” she says. But is there such a thing when it comes to letting women know it’s okay just to exist exactly as they are? Her Welsh identity is a bit more complicated. There’s a lot of guilt in not feeling Welsh enough, which leads to commentary on the concept of who gets to claim an identity, the whitewashing of every history – including Wales’ – and the different levels of existing in a marginalised body.

When Pritchard-McLean talks about anti-racism she really ties everything together. There’s more to delve into here than perhaps an hour show allows, including – as she unpacks – the concept of whether a white comedian should be telling a white audience about anti-racism, but Pritchard-McLean is – as with the entirety of Home Truths – insightful, non-centring and slap-in-the-face funny.