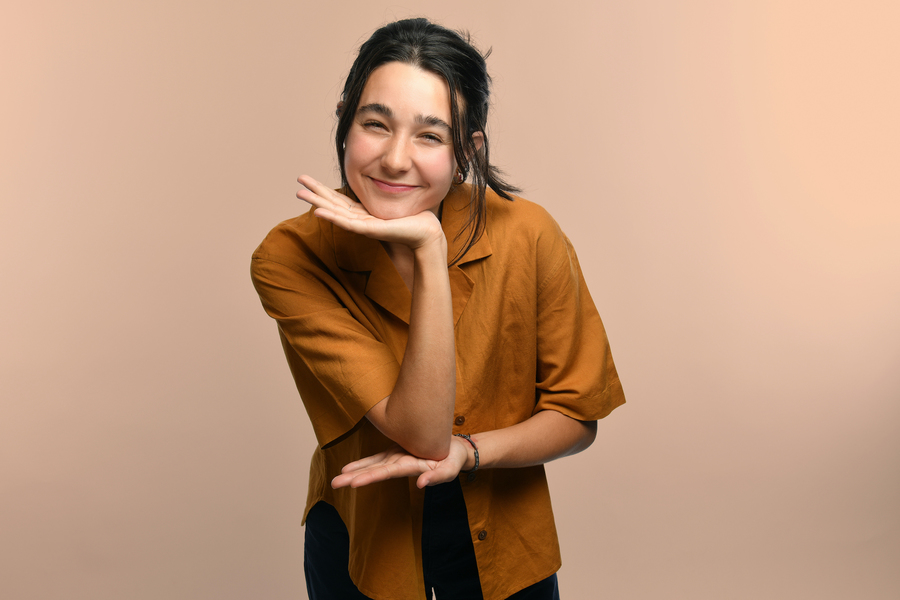 Lara Ricote is a lot of things. We know, thanks to her show title, that she is a girl, she is Latinx and she is deaf. She’s also whip smart, deadpan AF and seemingly blessed with funny bones.

GRL/LATNX/DEF is Ricote’s debut hour, working as an introductory show to her and her life. Luckily, she has plenty going on to mine funny from: two sisters (one also deaf, one just stupid), a Latin mum with hardcore beliefs about virginity and – because of said Latin mum – a newly awakened sex life (“I didn’t know I had a clitoris until four years ago.”) She also has a lot of worries about the climate crisis, but this is not a show about the climate crisis. Not really. Sure, there are analogies about the degenerative hearing loss she lives with and how one day she’ll be completely deaf, but there’s no way you could draw a line between the two things. Right.

Ricote is a generous performer, allowing punchlines to land and lie for as long as the audience needs, her self-aware self-deprecation remains on the right side of needy, and she bats away a heckler with disarming charm and improv. Being a minority is in right now, she says, but there’s more to explore here, and she takes time to consider the ways she does and doesn’t “pass” in a world where she sometimes can’t quite find her community. But then she busts out a whole bit that puts her at the same level as Rachel Bloom in Crazy Ex-Girlfriend and you know she’ll be just fine.