Wow is an hour of chaotic gold 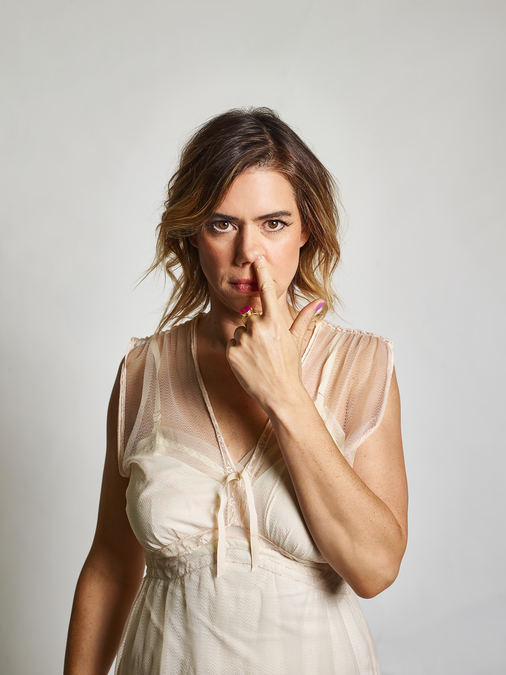 Does Lou Sanders even know what Lou Sanders' show is about? Or, should that be, do either of the Lou Sanders know, since that's how One Word: Wow unfolds – one Sanders attempting to deliver fairly light material (about skate parks, mostly) while the other commentates in short asides, or wrests control completely in longer tangents (which often have nothing to do with skate parks). This beautifully performed, and very funny sort of apparent mania isn't entirely without reason: "I actually had a lovely pandy," Sanders admits. "It's only now that I'm having a breakdown."

There's a third voice at play tonight, and it's that of "Elaine", a human-sized grenade sat front row, stage right – an uncontrolled explosion in the audience. What starts as minor interventions escalates to interference with Sanders' crystals, and climaxes with the comic aiming a ping poing ball in her heckler's direction. But while it would be overstating the case to call Elaine a gift, it's certainly true that Sanders manages to make hay while it's pouring. In part, that's due to Sanders' evident skill as a comic. She has a confidence born of experience, which allows her to firmly tell her tormentor that it's "shooshy time" without coming across as anything other than a sweetie pie. In part, the created chaos sits easily alongside Sanders' style, in which the performance is the alchemy which transforms the base metal of her light material. Sure, the flip side of that is that another night might not have the same spark. But, hey, that's live comedy at its best, and tonight it's solid gold.