A performer relishing the chance to let rip 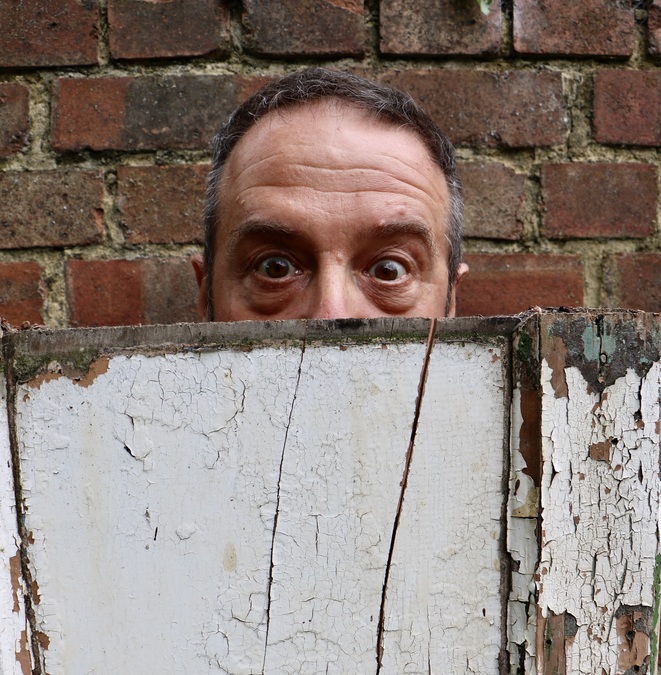 It may not be an official award, yet, but what’s the sweatiest show at this year’s Fringe? Mark Thomas must be in contention, given the frenetic pace of the first 20 minutes in particular. His darkening shirt begins to resemble a map of Central Europe, major nations engulfing smaller states, which seems appropriate. Putin is just one of the names in his crosshairs here.

This is the Fringe stalwart’s first time back in the Guide’s comedy section for a while, after years making more theatrical affairs, and it’s a rare treat. As he says early on, he’s “usually at the Traverse, it costs twice as much and I end up with an award.” But then he doesn’t really need the big concept this time, when a crisis is right here on everyone’s doorstep.

His ire is something to behold: there are three children in the front row this lunchtime who look slightly baffled, but definitely not bored. Thomas has focused his fury and is relishing the opportunity to rant with a like-minded audience, while somehow keeping it light too: he also pays homage to several old comedy heroes, and even starts a sing-song. Which is really rather lovely, but just a breather before he’s back on the offensive.

Free from the shackles of a tight script, this is a performer loving the chance to let rip, just like in the old days. It’s good to have him back.