After a long six years, the puppet master returns to Edinburgh 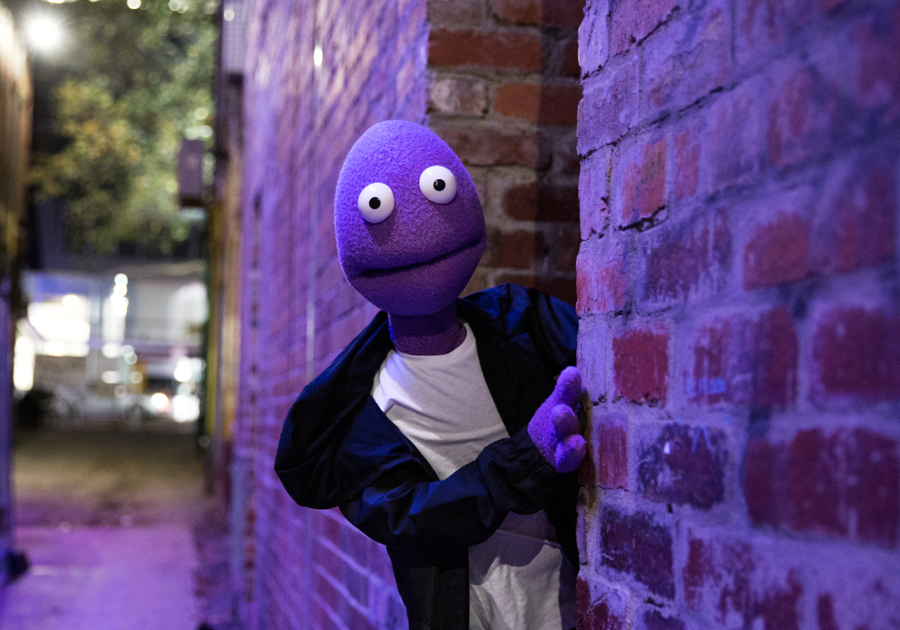 Randy Feltface has lost none of the existential concerns which made his last Edinburgh show, Randy Writes a Novel, so gripping.

Fortified by vaccines, he opens with a song that takes a four million year view of history. To a purple puppet alien, with an anthropological turn of mind, the slime that first crawled from the ocean has evolved into a curious animal. An animal that misses the chance to reflect while locked at home during a pandemic is a curious animal indeed.

And, boy, does Randy know his animals! A merciless snake in Sub-Saharan Africa, a nutrient-rich five-inch worm, a terrified gecko. He knows what evolution has given a species and the precise threat to its existence.

He knows storytelling too: from The Epic of Gilgamesh to the 2018 thriller The Commuter. And history: the Anglo-Zanzibar War and the 1950s polio epidemic. His skill is narrowing his focus from panoramic topics to vivid images: the violent and salacious death of a 10th century Pope.

Randy wears all this knowledge loosely. You never get a sense of the encyclopaedia on the desk as he wrote the show. While sometimes he reaches for lower-hanging fruit, he always manages to smuggle a surprise: a riff on TikTok gives a quick, unexpected callback to an anagram of his name.

The show bounces to a sing-a-long ending, the audience tonight whoop as we exit. But the story that introduced the karaoke lingers: a sober Randy is still unable to shake the need for approval in a testosterone-fuelled bar. Alien of Extraordinary Ability is, then, an extraordinary show: with Randy as much a philosopher-puppet as he is a puppet-philosopher.