Born Believer is a raucous hour packed with stories and punchlines 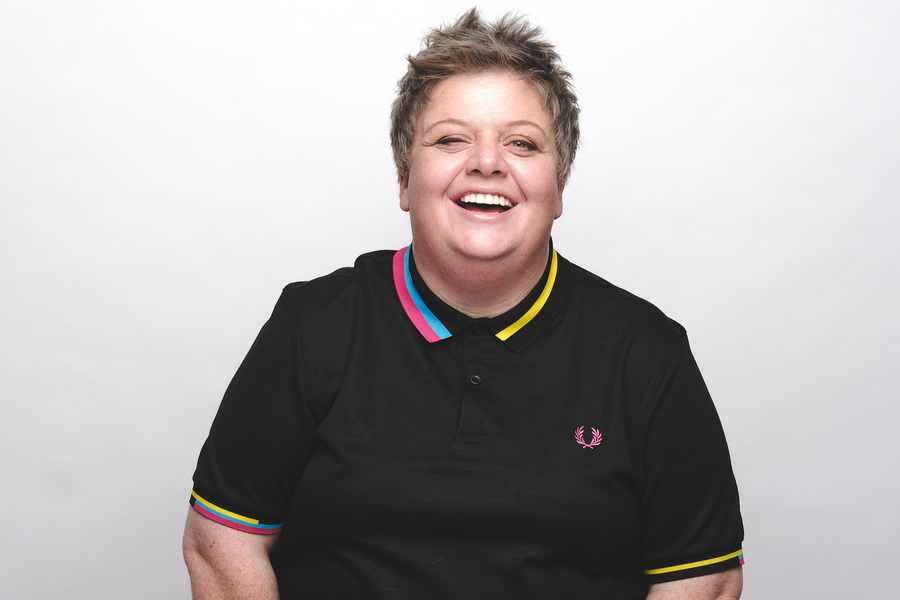 Stand-up Susie McCabe is trying to be a better person. That is the loose theme of her rowdy new hour, Born Believer, anyway, which the 42-year-old Scot essentially just stuffs full of as many rollicking stories as she can.

“What a fucking start!” McCabe chuckles, as she strolls on stage, a fair bit late thanks to a faulty Assembly Studios fire alarm. “I’ve waited three years for this, and they make me wait fifteen minutes more.” McCabe could probably have helped, actually: she was an electrician before comedy called.

Plenty of her tall tales involve alcohol, like when she took her one-legged dad on a pub crawl for fathers’ day, or when she was forced to attend the hen do from hell with her mother. There are lots of punchlines about her age, her Catholic guilt, her love of football, and her sexuality – McCabe knew she was gay from a young age – along the way.

She is not afraid of mining her personal life for material, either. Her romantic relationships and her parents’ health problems are all touched on with arresting affection, as are some classic Fringe themes, like the differences between Scotland and England.

The whole thing is ultimately a lot like being down the pub with a larger-than-life pal. Animated and exuberant throughout, McCabe is an infectiously funny raconteur in the grandest Glaswegian tradition.