An astounding acrobatic take on gender and identity 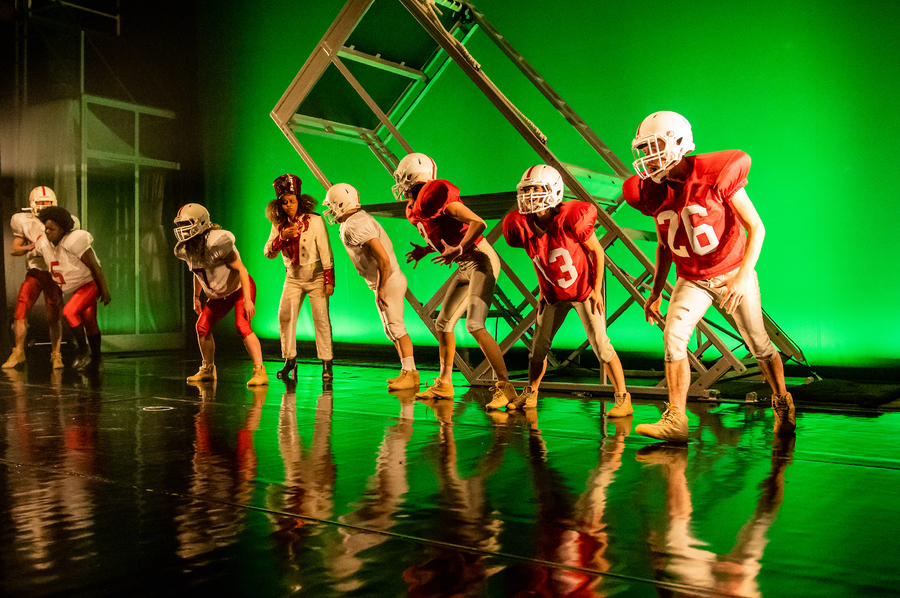 French-Canadian circus company FLIP Fabrique play with gender roles in this journey from a tentative bite of the forbidden apple to exuberant play on a trampoline wall, providing jeopardy, humour and impressive acrobatics along the way.

What does it mean to be a woman? Muse explores the spectrum of gender and identity through play and physical performance, managing to say more with breathtaking stunts and visual poetry than words ever could. Following in the footsteps of previous shows Attrape Moi, Transit and Blizzard, the acrobatics are nothing short of outstanding.

The expressive performers, their colourful costumes and comical facial expressions stand out on the no-frills stage at the Assembly Hall. As they choose between football outfits and ballet skirts, everything is sensitively judged and precise, without feeling overly laboured. The live singer doesn’t stay in the background, which adds to the feeling of inclusivity.

The tempo drops in the middle, and the French lyrics are lost on anyone who doesn’t speak the language, but there’s something for everyone in this multi-layered, contemporary circus show. Whether you come for the acrobatics or the commentary on gender roles, Muse is undeniably a joyful expression of body and mind that is sure to entertain all ages.