An astonishing fusion of circus and storytelling 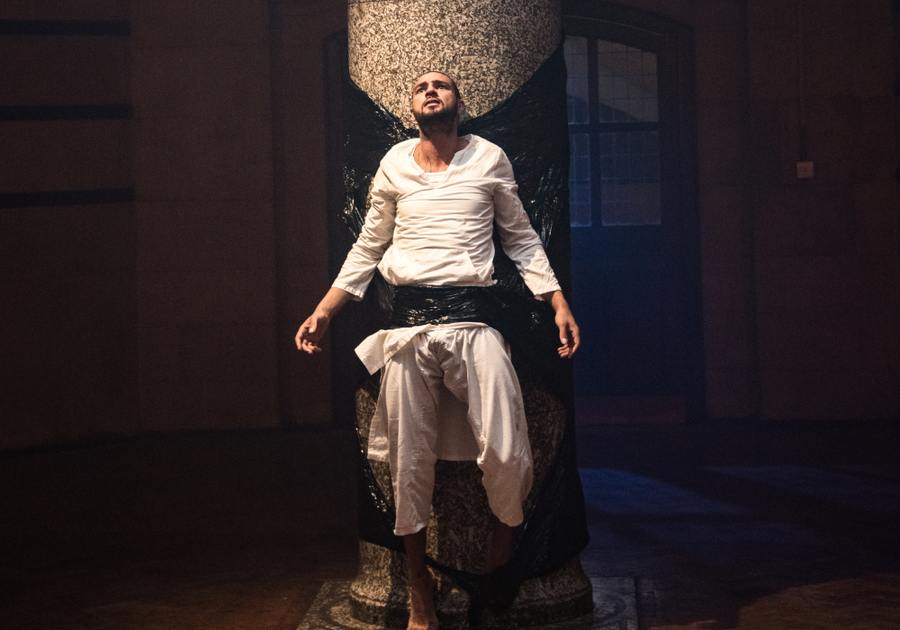 Under Islamic law, haram is an act that is forbidden by God, a sin of sacrilege against divine order. Sadiq Ali’s astonishing fusion of circus and storytelling navigates the shame-laden paradox of intimacy as profanity, exploring his own experience of reconciling his queerness with his faith. As two men, Ali and Alexandre Duran Davins, pull their bodies up and over two Chinese poles, weaving through and around each other even as structures of shame try to push them apart, Ali’s tender, meticulously crafted double-hander investigates the heady possibilities of sin, the simultaneous excess and pleasure of electing transgression.

It is a gut-wrenching, heart-in-mouth work from start to finish, both in the sheer level of skill of the two performers and the stunning stagecraft, which conjures emotion from striking, economical storytelling. A square of light is a prayer mat whose luminous residue haunts the stage, while plastic wrap – in all its suffocating, malleable, and kinky possibilities – flies through the air, crafting stunning geometric tableaux from light and bodies and movement.

Through the pulse and sinew of these bodies, Ali carves out space for a bold and flagrant eroticism, transformed and subverted for our queer modern age. Underpinned by an electric chemistry between Ali and Duvans, The Chosen Haram reveals the gravity-defying possibility of two bodies and people in tandem, bound in affection and desire. Circus as consecration, sexuality as devotion. Watching it, it’s impossible not to feel the same dizziness of pleasure.