Everything sucks. Everything's...mucked up. We live in difficult, polarised times, with people and institutions exposed as flawed and failing. The festivals are no exception, but is there light in the darkness? Fest finds out 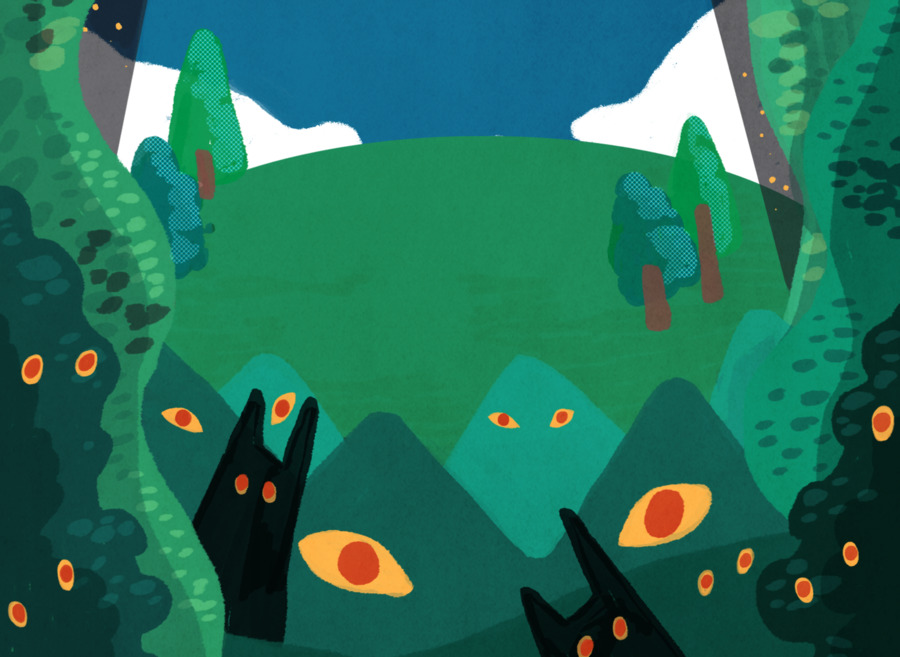 The Worst of Times

One year, back in 2013, we specifically applied to perform at wheelchair accessible venues. One venue got back to us offering us a slot, on the basis that it was accessible, only for us to realise that the wheelchair user would have to be lifted out of their chair and carried down a final flight of 11 stairs. We made the argument that if a person has to be carried by other people, it is not accessible. They disagreed. We did not perform there.

It is difficult to ignore the gigantic amount of flyers produced for the festival and the use of plastic. When you consider the size of the festival... and the volume of food and drink that has been served using plastic cups and cutlery over the years, it has taken a long time for the impact this has on the environment to be considered.

The greed of almost everyone in the industry. A lot of comedians are mentally ill people who aren’t great with money and end up giving away cash they can’t afford to unnecessary producers, publicists, flyering teams. But the worst thing is the council’s absolute refusal to crack down on high rents – plenty of people I know are paying 3-4k for rent this year. It’s going to have a huge impact on diversity in the arts and the kind of voices we hear on TV down the line.

I think the most important issue would be the inability of the festival to solve visa issues for artists who are not part of the EU countries. It is a shame that the largest international theatre festival in the world, which was created about the deadliest war in human history, to foster collaborations cannot satisfy the essence of its existence by not being able to support the inclusion of artists from all over the world.

I think there’s a certain attitude that seeps into the way the Fringe is organised which it's important to challenge. Earlier this year the Fringe Society said that paying workers fairly would ruin the festival [as reported in The Scotsman, Feb 2019]. I don’t claim to know the ins-and-outs of how much it costs to run such a huge festival, but I do think that merely accepting that exploitative payment practices are part-and-parcel of it suggests an attitude that artists, workers, and everybody else should expect to be exploited and put up with it. I think that attitude runs counter to everything good about the Fringe.

One thing that, at the time, seemed the most wonderful bonus (as a youthful smoker) was The Marlborough Girls, who frequented the Pleasance Courtyard for many years. Wearing very tight hotpants and giving out packs and packs of free cigarettes and lighters, they saved me a fortune as a smoker, but the levels of sexism and carcinogens would now both be seen as unacceptable.

I think that people have often forgotten that Edinburgh is a city and not a festival. The festivals are international in outlook and that is brilliant but they have not always done enough to embrace local audiences and local Scottish artists or considered the impact they have on the locals. Too often it has felt like a circus comes to town for the month of August and it is a circus which brings enormous economic benefits for some in the city but not all. Then it melts away and there is little or no cultural legacy for the rest of the year for artists making year round theatre in Scotland.

The Best of Times

Of course there's always going to be a competitive element to having an Edinburgh run, but I get the sense that there's a lot more of "looking out for each other" now. For example, look at last year's Edinburgh Comedy Awards Panel Prize winner Angela Barnes, and her fantastic initiative for a communal bank account that women-identifying acts could use to get a taxi home safely at night. That's a wonderful thing to have done, and takes the stress off our shoulders as women performing late and having to get home safely.

The legitimising by acts and audiences of the free/bucket venues has been incredible. What a way to open it up to acts and audience members alike. It's made a huge difference to creativity, stress levels and the amount of shows audiences can see.

Diversity in the choice of what you can see. Circus has grown exponentially, so too has burlesque and cabaret. Smaller challenging theatre has also grown with places like Aurora Nova and Summerhall being welcome additions to the Festival. The best thing about the Fringe, however, is that your show can be reviewed and taken in the same context as a 'huge' show... Nowhere else in the world does this happen.

Captain Flinn and the Pirate Dinosaurs: The Magic Cutlass, Pleasance Courtyard, 31 Jul–19 Aug, not 13, 10:45am

@FringeofColour have created a spreadsheet of all the shows by artists of colour which is a great way of championing work.

There are two “reuse and recycle” days at the end of the festival, which include paper recycling at the Edinburgh Centre for Carbon Innovation just off Cowgate, and props and set materials can be given to Fringe Central. They recycle as much as possible so please take part.

Staging Change is a network of over 150 performers, makers, venues and organisations who are working together to improve the environmental sustainability of the theatre and arts industry. In August, Staging Change will be running the second year of the #SustainableFringe campaign, encouraging shows to flyer more sustainably by following top tips, adding ‘Recycle Me’ and ‘Take A Photo’ graphics to paper marketing and by printing using more eco-friendly methods. Staging Change will also be offering a series of events and workshops around sustainability in the cultural sector, such as 'Start Your Sustainable Fringe' at Fringe Central, or a weekly 'SustainabiliTEA’ at different Fringe venues, where anyone can come along for a chat and a cuppa.

This year I will be running my first ever baby friendly performance and the festival have been very supportive in making this possible. As a new mum myself I know it’s not always possible to get a babysitter and sometimes it’s hard to find things to fill your day. It's really great to be able to go somewhere where you can meet other parents/carers, your baby can behave like a baby, have a gurgle and a cry and not feel you have to make a sharp exit.

I brought a severely deaf friend to see a few shows and found that there were quite a number that were signed or captioned which was fantastic, thanks to costs being shared by the festival. Makes all the difference. One however was a comedy and my friend was quicker at reading the captions than the actors delivering the lines…. so a few premature loud laughs!

Personally, I’m looking forward to trying out the new cycle hire scheme in Edinburgh (Just Eat Cycles). People love to cycle when they can and this has to be good for cutting down the “footprint” of the festival. Four years ago I found an old bike in a skip in Edinburgh, did it up and have kept it in the city ever since – every summer I have to pump up the tyres... I’m looking forward to the bike scheme as my skip bike is on its last legs. Wheels.