In their first comedy-poetry show at the Fringe, mixed-media artist ALOK delves into themes of trauma, belonging and identity. Here, they speak about their journey towards healing via performance 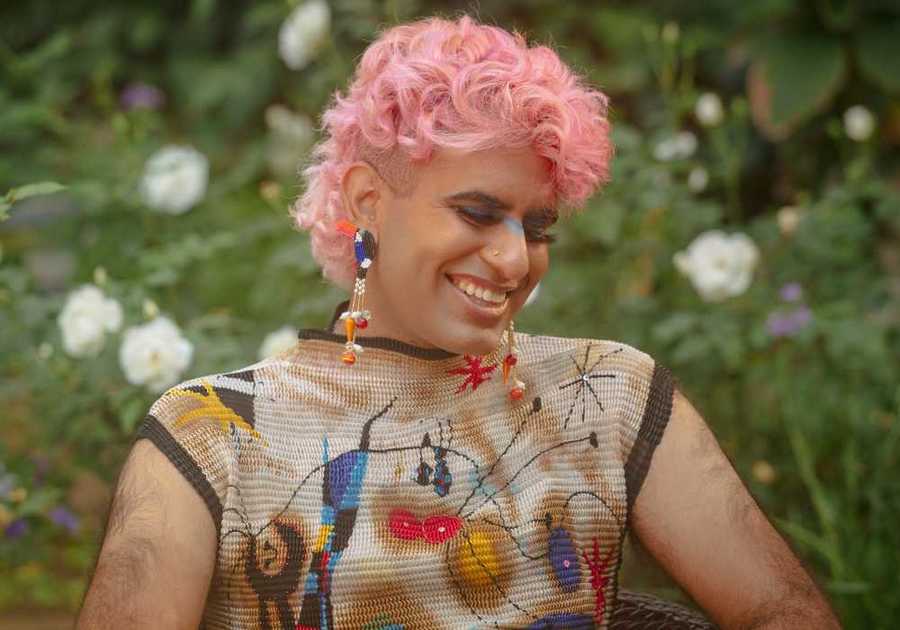 A few years ago, ALOK experienced their Saturn Return. “I don’t know if you’re interested in astrology,” they laugh over Zoom on a late July morning, between shows at London’s Soho Theatre. “But it’s when our Saturn is in the same place as it was when we were born, and mine made me really start to think: I need to reckon with a lot of who I was told I should be, and figure out who I really am.”

Some of the outcomes of ALOK’s Saturn Return were intensive therapy, yoga, meditation, and reading and learning about trauma and healing. Another is their self-titled comedy and poetry show, ALOK, which arrived at the Traverse Theatre as part of the Edinburgh Fringe, in which many of the former are present and felt.

“A big component of the show is me doing this healing journey, trying to understand the pain in my body,” says ALOK. “I’m trying to say, look at these things we’ve been taught we have to do in private and let’s make them public, because we’re all going through this stuff."

A world-renowned mixed-media performance artist and author, ALOK, who describes themself as queer and gender non-conforming, grew up in a traditional Indian household in Texas. Their work explores gender, trauma, identity and belonging, complex themes which at first felt “reckless and risky” to explore on stage.

“I was taught that everything you’re struggling with stays inside the family,” they say. “But I began to realise that performance gave me permission to be free. There’s something about being on a stage, having an audience, having lighting, where you get to invent a new way of relating to each other.”

Fringe-goers will find ALOK’s show listed among the LGBTQ+ offerings in this year’s programme, and the performance, they say, seeks to respond to an onslaught of transphobia and discrimination taking place globally – something particularly important in the context of comedy.

“It seems like punching down on trans people has become the surefire way to rally fans for most mainstream comedic acts right now,” ALOK says. The show aims to flip the gaze: “I’m saying, is it trans people that are funny, or is it that all of the routine and absurd practices that straight, heteronormative, cisgender society uses to divide billions of complex souls into one of two genders and maintain the fiction of gender norms – is that the funny part?” 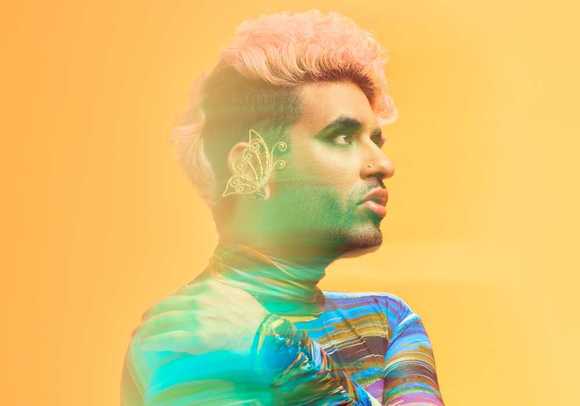 To categorise this as a show exclusively for LGBTQ+ audiences, though, would be a mistake. Rather, ALOK says, this is about exploring the human condition and the trauma in all of us that can sometimes present itself as transphobia and hatred.

“When we have unprocessed grief and unprocessed trauma, that manifests as resentment and bitterness against people who show us that freedom and healing and joy are possible,” ALOK explains. “It’s easier to destroy other people than it is to reckon with our own grief and our heartbreak.”

If these themes sound a little heavy or serious for a Fringe comedy show, that’s exactly the point. Unprocessed trauma makes us act in ways which are irrational and absurd, like vilifying trans and non-conforming people just for existing. And comedy, says ALOK, is “the only vernacular of the absurd.”

“I’m combining comedy and poetry because it feels like the most honest way to depict how we survive bleak and impossible times,” they continue. “When I’m going through pain and grief in my life, I need humour and levity in order to find the silver lining; sorrow enhances joy and joy enhances sorrow.”

To bring this show to the Traverse and the Fringe is to confront another false binary, says ALOK: that of high versus low culture. People like them, they point out, are often pigeonholed as drag performers who should be performing in clubs rather than high art institutions. But these are sophisticated and traditional art forms that belong in theatres and art festivals, the performance of camp in particular.

“The nature of my jokes is that they’re extremely cerebral – but they’re also extremely camp,” laughs ALOK. “I’m taking high-order postgraduate thinking and expressing it through camp, and I’m trying to show people that that’s the joy of being an artist: we can obliterate these kinds of arbitrary binaries.”

And it matters on another level that this show is being performed at this festival. “I wanted to really hold these arts institutions to account for their complicity with the escalating rise of transphobia,” they say. “And in order to do that, I have to bring it to people who might be uncomfortable with it – that’s precisely the issue in this moment, other people mistake their discomfort as oppression.”

Even in spite of this context, though, ALOK says they remain full of hope about the future. “There’s so much kindness in the world; there are so many people who are choosing compassion, and that’s where our energy should be in this moment,” they say. The show is a rollercoaster between comedy and poetry, light and dark, sobbing and laughing; but most of all it is a plea for love.

“I love these people who are discriminating against me more than they are capable of hating me, and I genuinely believe that is the only way forward,” ALOK says. “I don’t want to meet people at a lower frequency – I love you so I insist that you do better by me."

ALOK's run at the Traverse has ended. Find out where to see them next at alokvmenon.com

Alok Vaid-Menon's Beyond the Gender Binary, published by Penguin, out now, £6.99.