Review: as british as a watermelon 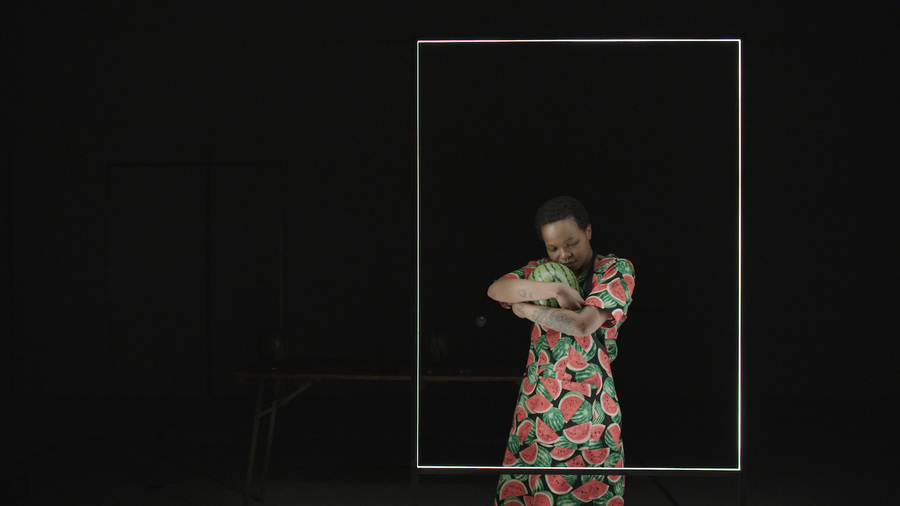 as british as a watermelon, photo by Benjamin Liddell
By Deborah Chu
Published 25 Aug 2022

As Zimbabwean performer mandla rae stabs relentlessly into the watermelon, The Studio explodes with its refreshing scent. A work of vivid autofiction, as british as a watermelon is an attempt to reckon with mandla’s fractured childhood as an asylum seeker, and how might the artist reconstruct a different narrative from its pieces.

More installation than theatre, as british as a watermelon presents a lush soundscape of ripping flesh and running juices, interspersed with poetry, storytelling and song. In this way, the show presents a remarkable reflection upon trauma and its long half-life – the way it scrambles your memories, rendering them unpredictable and unreliable. When the horrors do briefly break through – in the sound of a fist banging on a door, or the scar on mandla’s knee – the room is seized by it.

However, despite its sensual vibrancy, the show’s slow, meandering pace often teeters into unintelligibility. In place of a narrative pulse, as british as a watermelon relies on the propulsive force of its own contradictions: Britishness and watermelons, violence and tenderness, mandla’s gentle voice and the force with which mandla wields the hammer. Unfortunately, such contrasts can only carry the show for so long without more context, or a more interrogative eye over the nuances that may lie between them. As a result, by the end of the hour, much of the watermelon’s initial sweetness is gone.