Opera has been part of the International Festival programme for 75 years, but now a soap opera takes centre stage 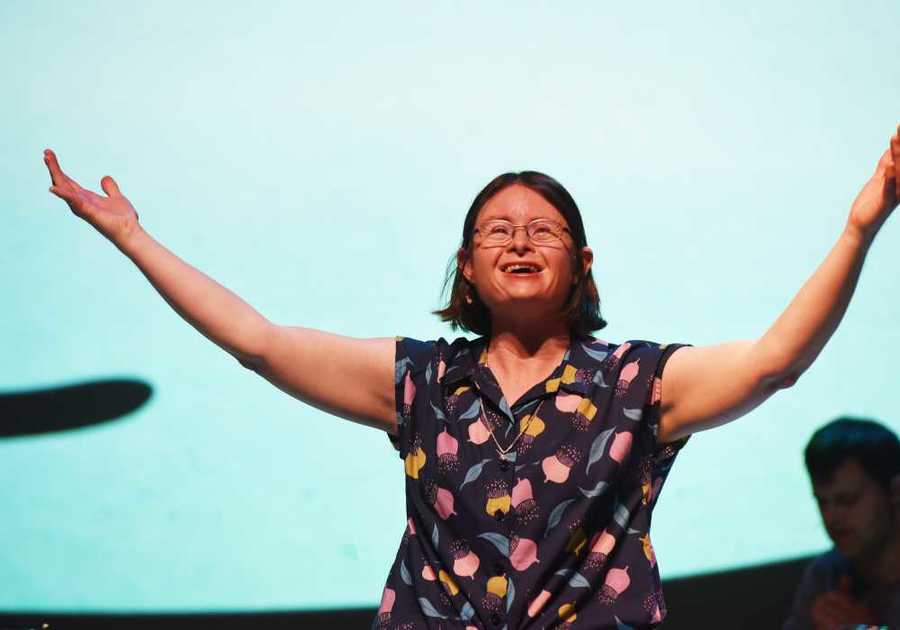 Julia Hales, You Know We Belong Together
Photo by Toni Wilkinson
By Ben Venables
Published 24 Aug 2022

Julia Hales, is an actor, artist and documentary maker. She’s also seen every single episode of Home and Away.

“I have watched every episode,” she confirms over Zoom from Perth. “When I'm on stage and acting, if I have to skip a few episodes, I catch up on computers in the library.”

Home and Away is now Australia’s longest running TV soap. First broadcast in 1988, the drama has never featured a character with Down’s syndrome – Hales’ starting point for You Know We Belong Together, which now arrives at the Edinburgh International Festival from the Black Swan Theatre in Perth, Western Australia.

Hales’ passion for Home and Away (“I love the action, the drama, everything about the show”) stands alongside her other passion – communicating the lives of people with Down's syndrome. Through dance, music and video Hales and the cast convey their lives with the condition. “This show is about acceptance, belonging, relationships and karaoke,” she says.

This isn’t what we’re used to hearing about Down’s syndrome, but that is precisely Hales’ point. We can’t understand people with Down’s syndrome if it isn’t represented in the most popular and long-running TV shows: “I really want people with disabilities on screen and TV”.

Those born with Down’s syndrome have an additional chromosome which changes the way the body and brain develop. Down’s syndrome can cause an array of symptoms from cognitive delays to low muscle tone and heart complications. Each individual is different though and in the last 30 years the life expectancy for someone with the condition has been raised from 25 to 60 years. One reason for this remarkable change is that people with Down’s syndrome are no longer institutionalised.

Hales herself was born to a doctor and nurse, has two older sisters and a younger brother. Her parents chose not to send her away to an institution – the common practice for children with Down’s syndrome at the time. Instead, Hales followed her big sisters into their local school. “I watched my sister Amy – because she used to be an actress – I watched her acting on stage in high school and that's when I decided to act,” she says.

Her dream role, of course, would be in Summer Bay: "Home and Away has been my dream since I was eight." But why Home and Away? Soaps often become infamous, looked down upon, for their melodrama – surely an odd place to explore the complexities of Down’s syndrome? 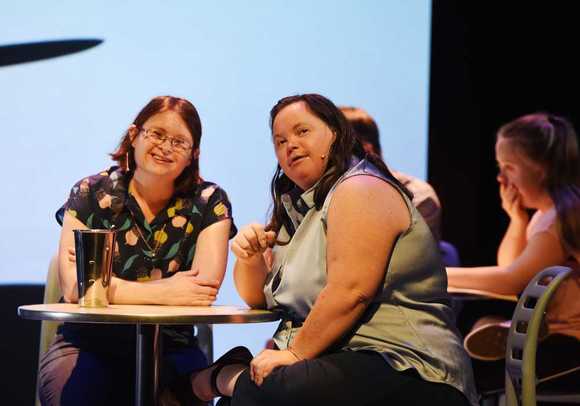 “It’s also about community”, says Hales – a theme her show and soaps share. Soaps revolve around ordinary places and people – an East End square, a cul-de-sac or a seaside town.

Home and Away's stories began around a foster family, allowing for many character comings-and-goings as a natural part of the events. If Hales had the chance she’d introduce a character of her own creation to Summer Bay: “Well, I've actually written a role that I always wanted to play: her name is Claire Stewart. She was adopted and really angry with her adopted parents for not telling her the truth. She wants to find her real family and asks for a ticket to Summer Bay."

It's easy to imagine such a character arriving and staying in Summer Bay. The longevity of soaps means characters become part of our lives, like family. Which would help normalise certain disabilities. Hales would prefer actors with a disability to portray their own conditions, rather than another actor affect one. Truthful representation inspires others, who can think, “Okay, well, I can do that too.”

Even those that claim never to watch or enjoy soaps are likely to have at least heard of Ken Barlow, Dot Cotton or Harold Bishop. In Home and Away, it’s Alf Stewart, played by Ray Meagher. “He's the heart and soul in Home and Away. His character, every time I watch him running the diner and the surf club, I think he's an amazing actor for so many years.” (Hales has filmed a short scene with Meagher for You Know We Belong Together).

Soaps could do much to help understanding of disability by creating long-running storylines and characters around people with disabilities. And this is a time when Down’s syndrome in particular needs to be understood. At the same time that living with the condition has seen many improvements, pregnancy screening methods have also developed. It is now less invasive and easier to detect the chance of a foetus having the condition. A positive screening for Down's tends to result in a termination of the pregnancy.

Two years ago, Hales made this the focus of The Upside – a documentary which includes many voices and perspectives. Hales put women's choice at the documentary’s heart, interviewing people raising children with the syndrome and those who decided termination was best for them. It’s an exceptional and nuanced film in which Hales explores how better to give people a truly informed choice.

Hales seems especially interested in people’s experiences. You Know We Belong Together grew from a previous project in which she did a series of interviews: “I always wanted to know what love means to other people with Down's syndrome.”

She certainly knows what love has meant to her. "My mum passed away and she knew I was very talented. So that's why I dedicate this show to my mum, she was my best friend. She always wanted everything for me. And she would tell me, she'd say 'Julia, do not give up on your dream'. And I said, Mum, I will never give up."