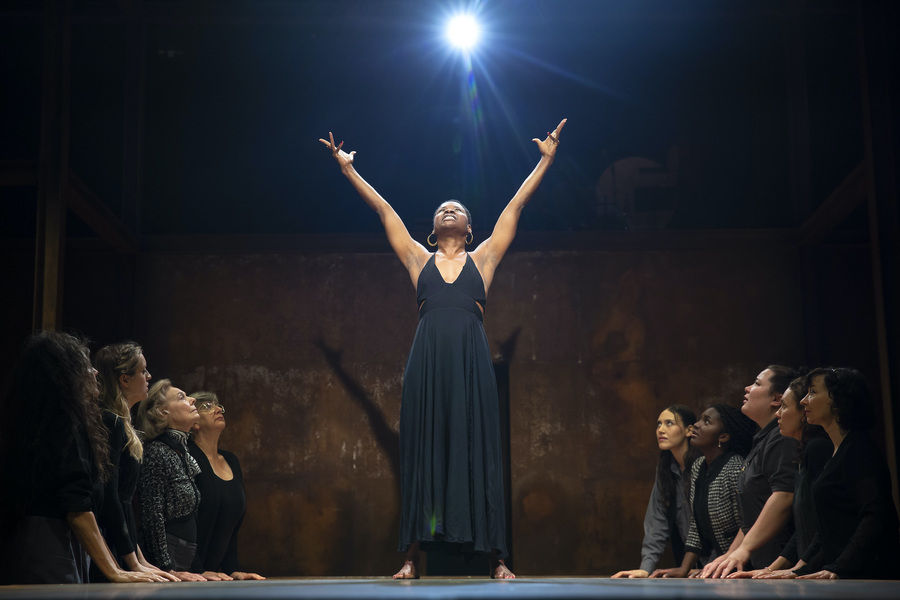 In this National Theatre of Scotland revival of Liz Lochhead’s play, Scottishness and Greek tragedy come together around a tour de force performance by Adura Onashile. Originally adapted from a text by Euripides two-and-a-half millennia ago, its tale of fury, injustice and bloody vengeance yet remains as fresh and resonant as ever.

The play opens with a woman recounting the exploits of her mistress, Medea. Having aided her husband, Jason, in his quest for the Golden Fleece, he has now spurned Medea in favour of marriage to a king’s daughter. Wracked with grief, who knows what such a fearsome woman might be pushed to do, the servant wonders.

Then Onashile walks on stage, and every word of it is immediately realised. Onashile embodies the scorned sorceress from the first moment with an infallible, magnetic authority. Despite the men who seek to put her in her place, her Medea rises above their sneering misogyny with her own brute determination. Only when she must face her former lover and the father of her children (played by Robert Jack, with admirable sliminess), does something like desire and stunned hurt shine through the cracks in her resolve.

Director Michael Boyd’s stripped back staging allows the power, wit and lyricism of Lochhead’s verse to ring out across the copper-hued stage. The audience stands clustered around a raised catwalk that extends through the Hub’s Main Hall, implicating us as participants in the spectacle, especially as the inexorable end hurtles ever nearer. Though Medea’s story has been writ for thousands of years, its power over us clearly remains undiminished.