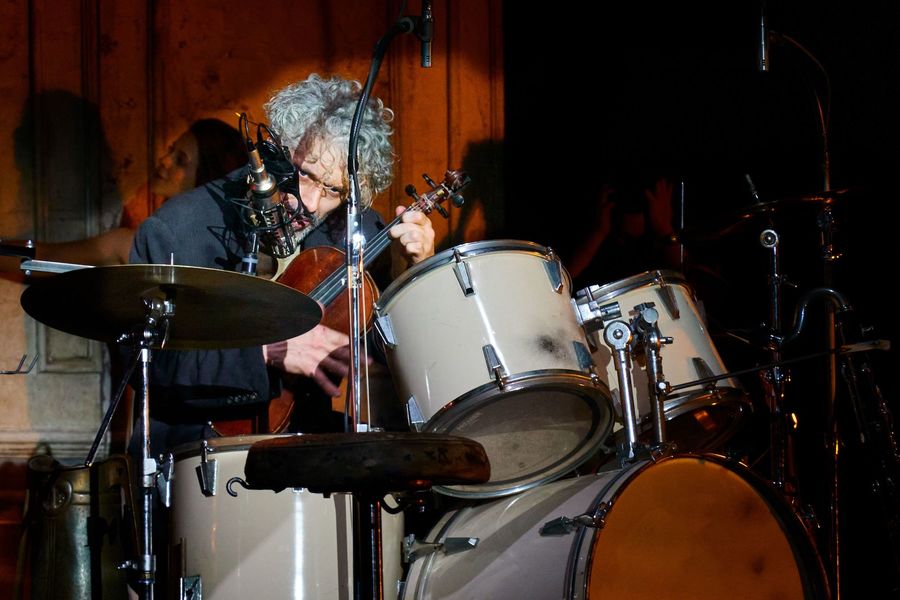 "I call it my room," shouts James Thierrée – a proclamation which, though it's entirely misleading, at least has the advantage of being comprehensible. That's relatively unique here. "Blah blah blah blah," he blurts elsewhere. Misleading because, well, it's not really his room at all, though at points in this spectacle he positions himself as the auteur or architect, sometimes ordering musicians and dancers about, or directing the stage flats which criss-cross the stage, or scrawling technical drawings at a desk.

But the desk takes on a life of its own, drawing without him; the musicians rarely do as they are told, answering back or disrupting any clarity of his thought; the room shape-shifts, sometimes turning itself inside out against his will. As if that weren't unruly enough, a glittering monster appears; a relationship of sorts blossoms with one of his dancers, over which he, inevitably, has only 50 per cent of the agency. If there's the slightest nugget of sense or resolution here it's in a final jam in which Thierrée finally accepts his troupe as co-creators, swinging by one arm from a rope twenty feet above them in one of ROOM's many breathtaking moments.

But perhaps looking for resolution is to miss the point in this extraordinarily creative piece of mesmerising stagecraft. Thierrée both exposes and brings wonder to the mechanics of the stage, showing us the ropes and weights, while leaving us in disbelief at the extravagant choreography of this large-scale creation. If there's a criticism, it's that the superb musicians are pushed a little close to pastiche. But perhaps that's OK in this supercharged process of creation, in which fragments are seized upon and blown into never-quite-realised epics, always on the brink of collapse. Though at times this process is incomprehensible, there's no doubt that it's mesmerising.