Review: When You Walk Over My Grave

How the dead live 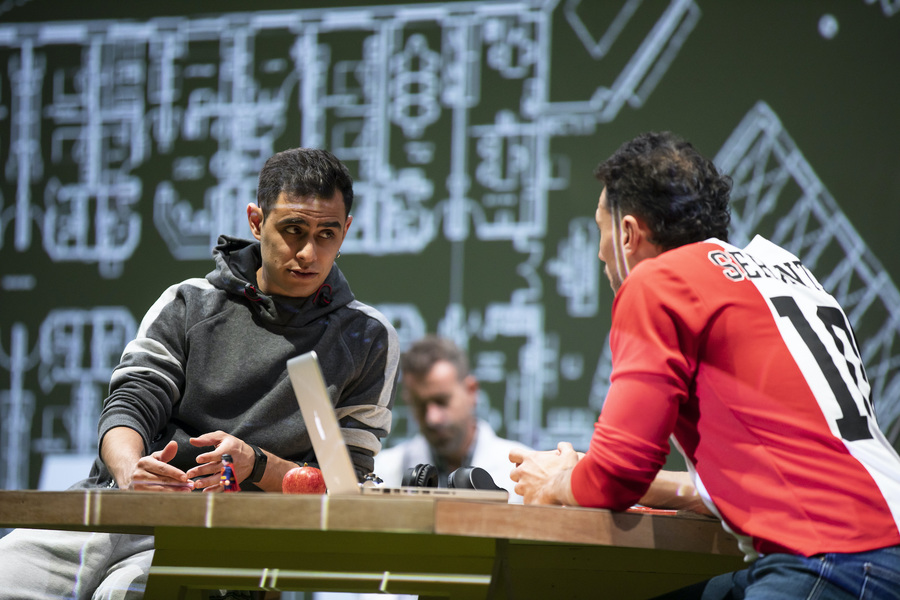 When You Walk Over My Grave, photo by Jess Shurte
By Jamie Dunn
Published 26 Aug 2022

You’ve got to keep your wits about you in a Sergio Blanco metaplay. The Franco-Uruguayan playwright’s work is slippery and endlessly self-referential; they’re playful puzzles to be unpicked and poured over long after the curtain call. When You Walk Over My Grave is no exception. On stage are three performers: Sebastián Serantes, Felipe Ipar and Blanco. All three are dead, they tell us, and go on to describe their elaborate demises (Shark attack! Car crash!) and funeral services.

This is just the epilogue to Blanco’s playful musings on mortality, which imagines a queer love story of sorts between a playwright who wishes to die (Blanco, as played by Serantes) and an inmate of Bethlem Hospital called Khalad (played by Ipar), a necrophiliac to whom Blanco promises his corpse to do with what he wishes. Blanco himself plays Dr Goodwin, the Swiss physician who will facilitate the suicide. This is just one layer of the onion. A screen at the back of the stage flickers between blueprints, famous deaths in TV and cinema (everything from Citizen Kane to Game of Thrones), and close-ups of the cast via an onstage camera. Each act is proceeded by a pop song (Another Love by Tom Odell) performed, or at least lip-synched, by the cast. We learn about other notable necrophiliacs throughout history and the actors keep breaking character to challenge what we’re being told. To this heady stew add Mary Shelley's Frankenstein, which becomes a key text that’s weaved into the story along with other literary works like Hamlet, Robinson Crusoe and Blanco’s own back-catalogue.

It’s dizzying stuff, dense and chewy, but also delivered with a deadpan zeal that curbs any accusations of pretentiousness. Fear of death is a thread that binds every creature on this planet, but it doesn’t seem so bad through Blanco’s eyes. We will live on, he seems to be saying, be it through works of art we produce or via the way our bones will be repurposed after our passing. It’s a pleasing thought.