Holly Williams discovers how children's shows are growing up 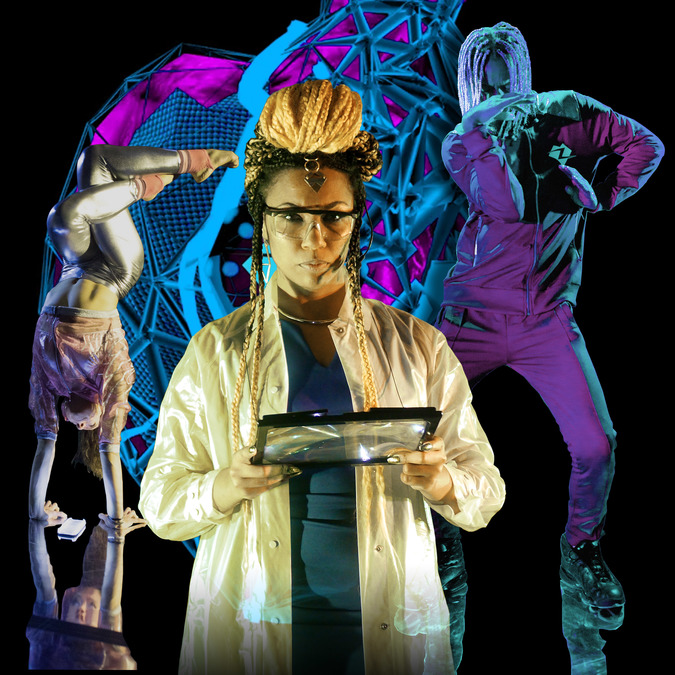 Once upon a time, children’s entertainment really was just for kids. It was safe or simple or silly, something very different to what the adults got up to in their evenings. Not anymore: shows for young people at the Fringe are growing up.

This year sees plenty of offerings made by or for younger audiences, that shake off any dusty assumptions that ‘youth work’ is a lesser category. Just look at one of the most exciting choices in the Traverse line-up: Frankenstein: How to Make a Monster, a show arriving on a cloud of critical and audience acclaim from Battersea Arts Centre, that's devised and performed by the theatre’s own youth group, the Beatbox Academy.

Their take on Frankenstein blends elements of Mary Shelley’s Gothic classic with anxieties—about technology, social media, finding your true self—that teenagers navigate in their own lives today. It's delivered with wit and endearing honesty, not to mention mind-blowing beatboxing skills. But this piece of multi-disciplinary gig-theatre is also formally inventive, using the tricks of a musical genre to create atmospheric theatrical soundscapes, as well as sick beats to dance to.

It’s astonishing, and would be astonishing whoever it was made by – the fact that it's their youth group has no bearing on the quality. Although it does make the show feel more relevant.

Using music and street dance can be a canny way to reach out to younger audiences – especially teenagers who might have an inherited wariness about theatre not being for them. The potential power of genre-blending is something Bex Anson, director of Kid_X, is alive to. She describes her show as “a sci-fi circus concert: it looks like a giant comic book and plays like a video game, it’s very high energy with a narrative that’s a bit cyberpunk Romeo and Juliet.”

The main characters are young performers that teenage audiences should be able to identify with; even if the action is set in a futuristic world where a body upgrade company rules the stock market and humans can live to 200 – at a cost.

His Juliet is played by Amanda Attwood, a circus performer from Finland specialising in hand balancing. Which is relevant, because she plays Gabriella, a rooftop selfie queen. For the uninitiated, this really is a thing: the production took inspiration from Instagram star Angela Nikolau, 'an urban rooftopper'. “They climb to the top of very high skyscrapers and take these extreme selfies,” explains Anson.

But the show also features musical artists who are big in their own fields – even if they’re usually more likely to start a show at 10pm than 10am. Glasgow institution Mungo’s Hi-Fi bring their sound system, while rising singer-songwriter and rapper Eva Lazarus delivers vocals. It’s about not patronising a youth audience by giving them a soft or diluted version – here they get the real deal.

The same impulse drives other music acts – and whether kids (or their parents) prefer rock or raving, there’s a party happening.

Junior Jungle Rave has become a festival favourite. J Nick Terrific and MC Rocky Patch leap about in animal print and spin jungle, drum’n’bass and hip-hop (with age-appropriate lyrical content only). Born in reaction to twee baby discos, Junior Jungle Rave (“big up to the littlest massive!”) promises “no pop, no Disney, just proper tunes and real raving for kids and adults together.” Their stated mission is to get parents dancing too – not standing, embarrassed, with hands in pockets.

Daniel Offerman, of Belgian band Comète, shares this sentiment: “What we want to avoid is parents coming to our show and spending an hour watching their phone. We want an all-ages concert. It’s touching to see children look up to their dad and mum and see them dancing.”

Made up of members of pop and rock bands including Girls in Hawaii, Comète play their own tunes plus plenty of well-loved covers, from The Beatles to The Strokes. It'll ignite little audience members – and aim to reignite something in their parents too. “A classic, like ‘Should I Stay or Should I Go’ by The Clash, works with everyone, in every city, at every age,” Offerman says. “It’s funny to see a three-year-old child know exactly at what moment they have to scream!”

Apart from adjusting the volume so it’s “not too loud for small ears”, they try not to change their show much. And he says they get amazing reactions from kids: “It’s unfiltered and enthusiastic, and that’s what we’re looking for. We don’t have a pedagogical idea behind it – it’s just the excitement of seeing a rock show for the first time in your life: the drama, the lights, the electric guitar.”

Sometimes, he admits, the grown-ups get even more excited than their children – reconnecting with that un-jaded, youthful joy at singing and dancing along to live, loud music. That’s another thing about making amazing shows for young people – they’re actually amazing shows for everyone.