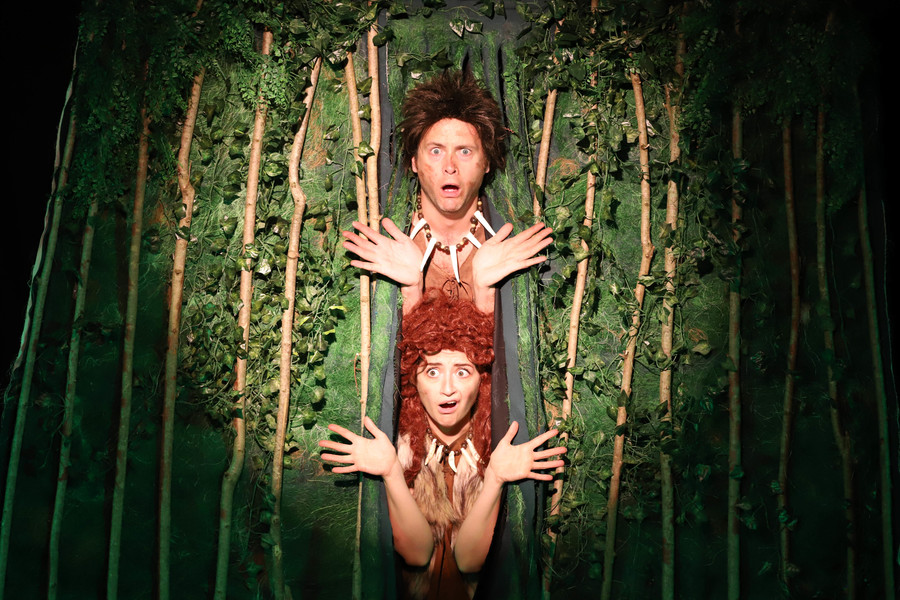 Colin Granger stood in a Yorkshire country park struck by the "wonderful pristine landscape" around him. As an artistic director of Theatre Fideri Fidera, touring children's shows, Granger is always hunting for new stories: "I wanted a more universal story," he says.

But rather than a new tale, his surroundings were about to inspire him with an old one. "I saw some dog owners," he says. "I thought of their names as Ogg and Ugg – I don’t know why."

As the dog owners walked away, Ogg and Ugg stayed in his imagination and Granger knew they had lived in this spot of natural beauty many years before. "I made the park the physical setting," he says, "10,000 years ago, about 2,000 years after the ice age, the whole landscape was lush forests."

This was a time of abundance. "Hunter-gatherers had so much food; they were masters of the universe."

Unlike today's park dwellers, there was one thing they didn't have: dogs. And wolves were hardly known as man's best friend. Yet in the play, Ogg and Ugg turn to wolves for some extra brain power: "Ogg and Ugg are not the brightest of sparks as hunter-gatherers. There’s a forest fire and they have no idea what to do and just run like lunatics. But the wolves do know because they have instincts."

Though this is a comic scene, Granger knew the story he was after lay in the relationship that blossomed with the dog's evolution. "We have no idea what happened, only what probably happened. The hunter-gatherers had so much food they could afford to throw meat to the wolves. Then the wolves may have started following them.

"If the wolves had pups it is likely that the humans had the instinct to look after them, and that accelerated the process of evolution as they chose the friendliest."

This changed the early dog's appearance and behaviour to all the breeds and vareties we know today. But the development that stood out for Granger was cross-species communication. "As they became dogs, they developed a different language from wolves to communicate with us. Basically wolves can make a sound like a dog but they don’t use it like dogs do. We can understand what dogs are saying to us and, of course, it works the other way round – dogs can understand us.

"I have this undying admiration for just how important dogs are for people – and that’s universal all over the world."