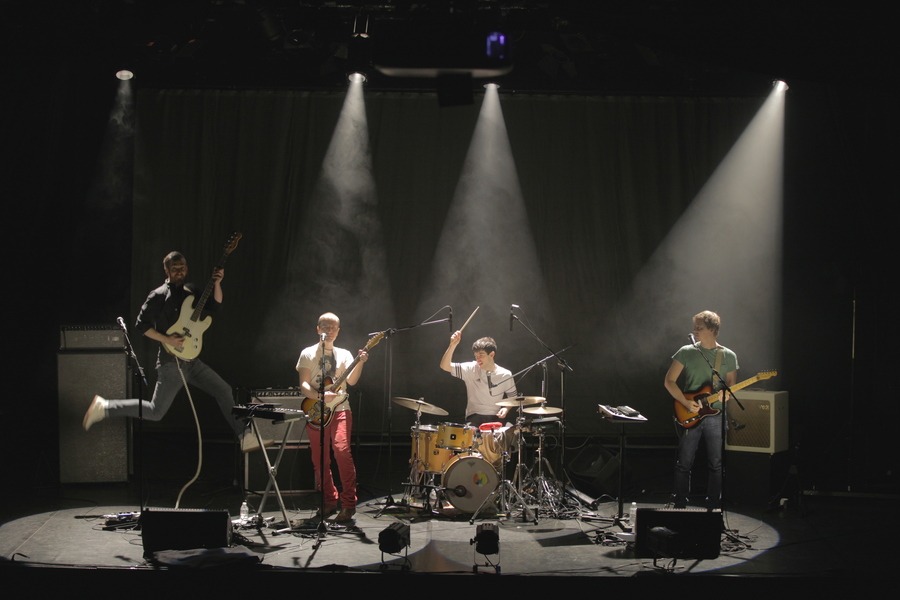 It's a band of four people, two girls and two boys and they play some French, German and English language songs.

Describe the show in five words.

Fun for all and any.

I liked Katrina who played the drums because I used to play the snare drum.

No, I liked all of them.

That one of my favourite songs was in it. Gorillaz 'I'm Happy'.

That you had to get up and dance.

If there were songs and music in the show, what did you think?

I thought it was nice because the songs were well known so a lot of people could singalong.

What did your grown up think of the show?

My mum thought it was good. She said she knew all the songs.