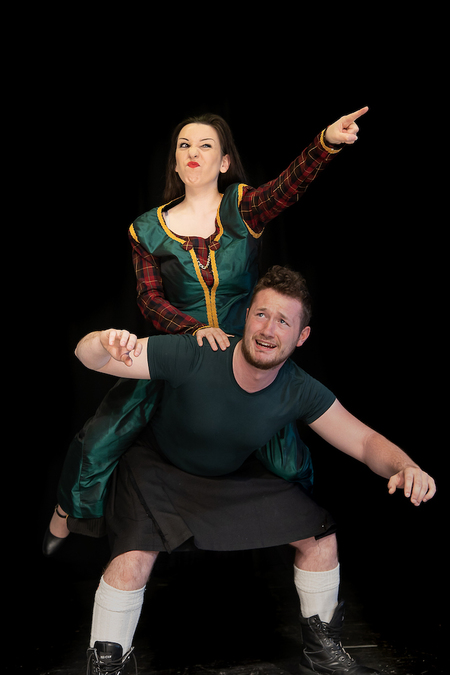 They tell the story of Macbeth and how he was made to be bad, but didn’t want to be. His wife forced him. There are lots of songs and funny dancing.

Banquo – he was so funny all the way through it. He really made me laugh when he was dancing.

Lady Macbeth because she wanted to kill everyone!

The songs were all brilliant. They really helped me to understand the story and they made me laugh. My older sister liked the bit with the puppets because they were all different Shakespeare characters from other plays.

The story is quite hard to keep up with and they tell it really quickly. I think I managed to understand most of it, but I did need to concentrate when they were explaining it.

The songs were good at making the story less complicated. They were all brilliant and very funny.

My dad thought it was a fun way to deliver some Shakespeare to kids. There was a lot of comedy in it, which wasn’t what he expected.

Yes. Everyone I know would enjoy this show.