Kids Review: Down with the Poetry King! 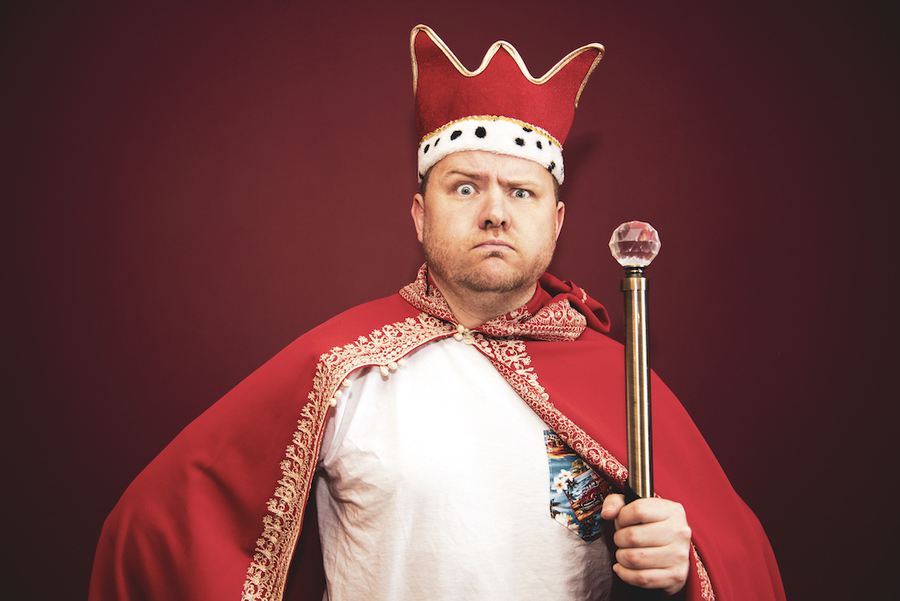 Mark Grist explains how he became the Poetry King. Along the way he teaches you a few poetry tricks about rhyming and encourages you to have a go. There are a few fun games to help you think more creatively and Mark performs some poems that he has written.

Only Mark is in it, but I did really like him. He was very smiley and positive.

Everyone in the audience got to join in and offer suggestions. It was like being in a very fun English lesson. My sister liked being chosen to be his agent. My favourite poem in it was about apples, except it wasn’t really about apples.

I found the rhyming part hard and would have liked a bit more time to think of the answers.

No songs, but Mark does rap. I think he said he has won awards for it.

My mum thought it was a show with a really positive message for children and teens. She thought he seemed to have quite a lot of tricks up his sleeve to keep his young audience captivated. She thought he did a good job at getting all the children involved rather than just picking out one or two. She would have liked to have heard more of his poems, but I liked the games.

Yes – it was good fun and the poems were funny. I would probably recommend they practice their rhyming first though.