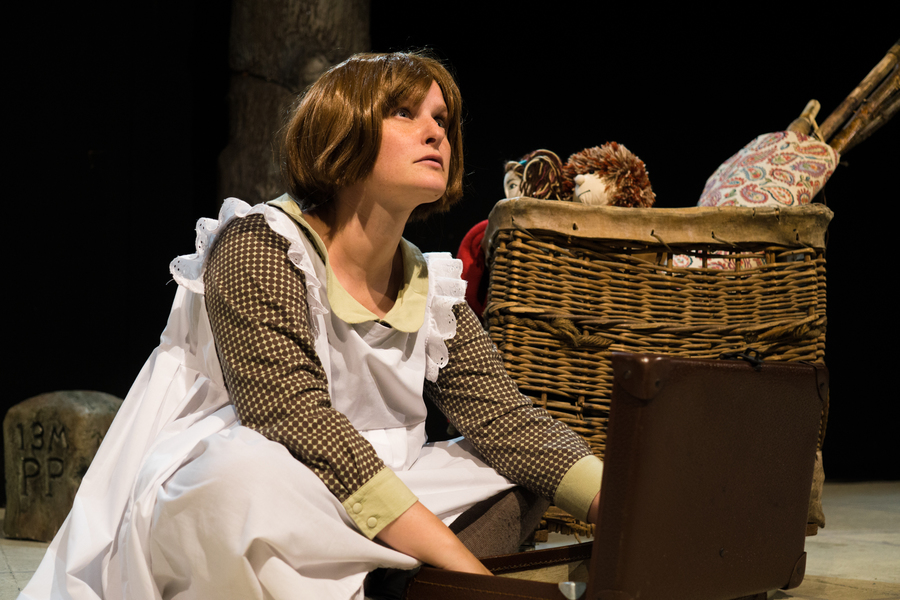 Two actors tell the story of how Peter Pan became the boy who would not grow up. It is like a prequel to the story that everybody already knows about Peter Pan.

Imaginative, interesting, creative, adventure, relaxing Who was your favourite character and why? Solomon Caw was definitely my favourite character. The way the actor moved when he played this character really made me believe he was a bird. Were there any characters you didn’t like? Peter Pan’s mother, and I think you will agree if you see the show. What did you like most about the show? I found the story very interesting – it explains everything about why Peter Pan is like he is. I also really enjoyed the creative way the props were used – a stick became a boat, a tent base became a window frame. What didn’t you like about the show? I can’t think of anything I didn’t like. You do need to concentrate to keep up with the story.

There was a little bit of recorder playing which I liked.

My mum really liked how the actors switched between characters. She noticed that the children in the audience seemed totally enthralled with it, even the ones who were very young. She didn’t really want it to end after the 50 minutes because she was enjoying it so much. Her favourite character was the dad because he told such great stories.

Absolutely, but don’t expect Tinkerbell and fairy dust because it’s not like that. Instead expect a grown-up story about not growing up.