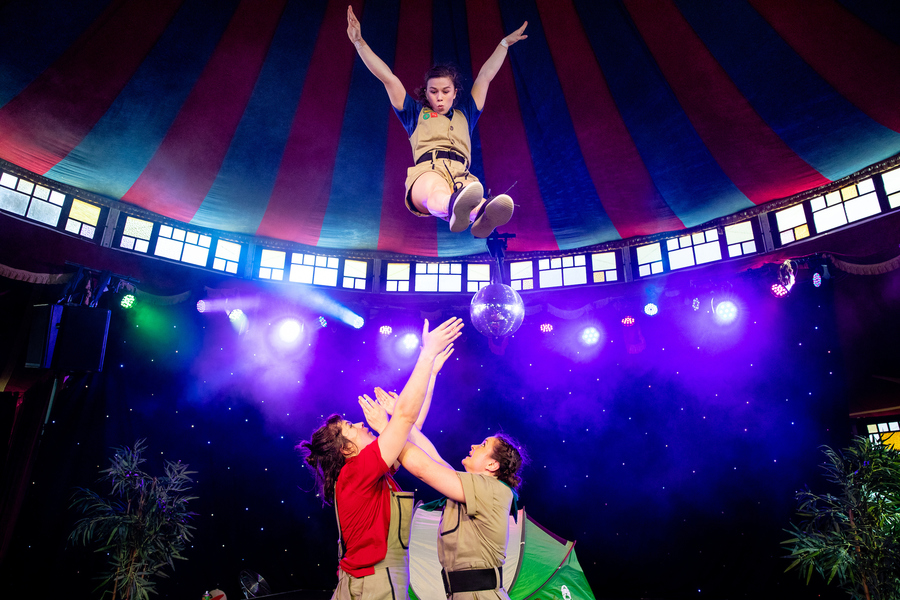 They were all girls. I liked them all but my big sister, Ella, can do some of the acrobatics better. I can do the aerial things...when I'm on a swing.

I know how the trick with the red light on the finger works but I still enjoyed it.

If there were songs or music in the show, what did you think of it/them?

I wanted there to be real drums at the beginning. I like the song 'The Lion Sleeps Tonight'.

I don't know what Ben thinks. I covered him in silly string.

Yes, it was fantastic.