Review: The Gruffalo, the Giant and the Mermaid with Julia Donaldson 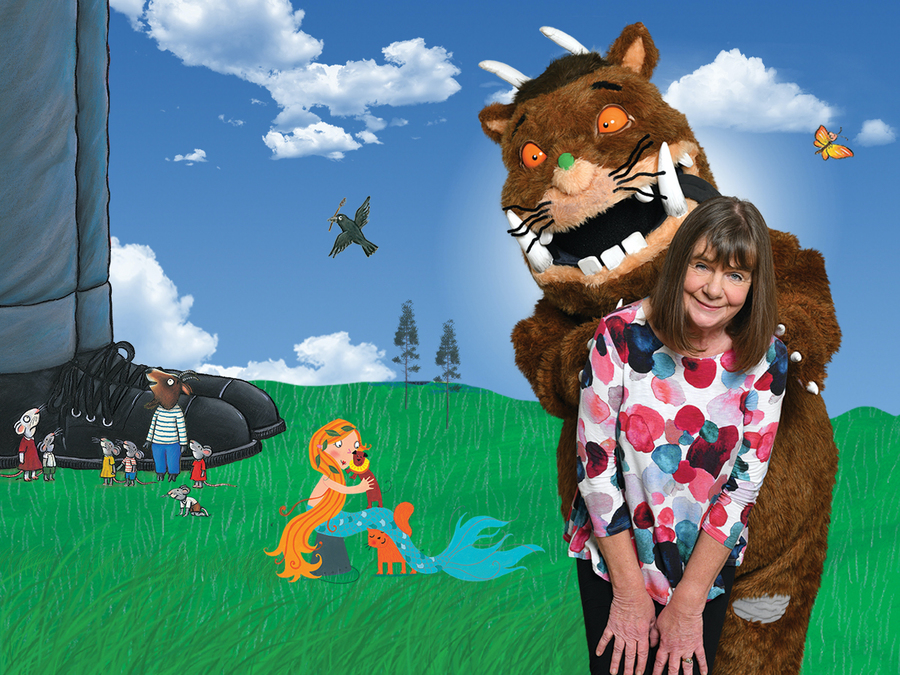 It's a bunch of the stories made by Julia Donaldson and she actually came!

I liked when one of the assistants had a tiny little body when they were being the tailor in The Smartest Giant In Town. That was funny.

I didn't like the Gruffalo costume because it was creepy and you couldn't event see its pupils. And I didn't like how the eyes were coloured. It was the wrong shade of yellow, they were like a mango-ey orange.

I liked The Highway Rat costume, it was very pretty.

The creepy Gruffalo costume! And also that they only had the bad bits of The Highway Rat in it and for the other stories they did THE WHOLE BOOK.

What did your grown-up think about the show?

Would you tell your friends to come to the show?

Emmm. I would tell some of my younger friends, like someone who was five or six.