Interview: Ibeyi on the Magic of Sound

Lisa-Kaindé Diaz, one half of French-Cuban musical duo Ibeyi, tells Arusa Qureshi about the magic in their sound 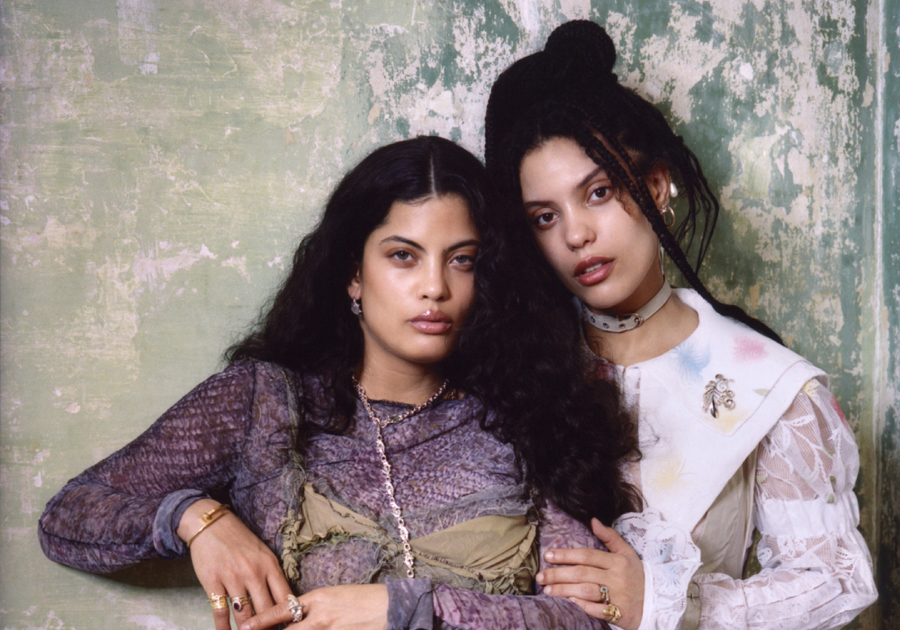 Twin sisters Naomi and Lisa-Kaindé Diaz believe in magic. Call it twin intuition, a unique charge of energy or something entirely mystical, but whatever it is, it flows through their music. The Afro-Cuban French sisters have been bewitching and bewildering in equal measure since 2015, when they released their acclaimed self-titled debut as Ibeyi. With their electronic neo-soul sound, they’ve travelled the world and released another album since. But when the pandemic threatened to halt their progress, they turned to that innate magic.

“We didn't know if we were ever going to be on tour again,” Lisa-Kaindé says over a call from Paris. “And not to sound dramatic, but that's kind of what people like promoters were saying – that the whole thing was going to fall down and that we’d never be able to reconstruct it. So really, that's how we felt. But then we realised, actually, we had so much to say and so much to process and to heal and to celebrate, and so much to talk about. I guess it felt like it was the thing we needed to do; to go through all of those emotions.”

Heading into the studio with longtime producer and XL label head Richard Russell, Lisa-Kaindé and Naomi found themselves channelling their magic and turning it into an act of healing and catharsis, the end result being their third album Spell 31. Made of Gold, the first song the duo recorded and the first to be released, was inspired by the Ancient Egyptian Book of the Dead, which the sisters happened upon while in the studio. The track itself concludes with a spell (number 31) from the book: “O You with a spine who would work your mouth against this magic of mine, it has been handed down in an unbroken line, the sky encloses the stars, and I enclose magic.” 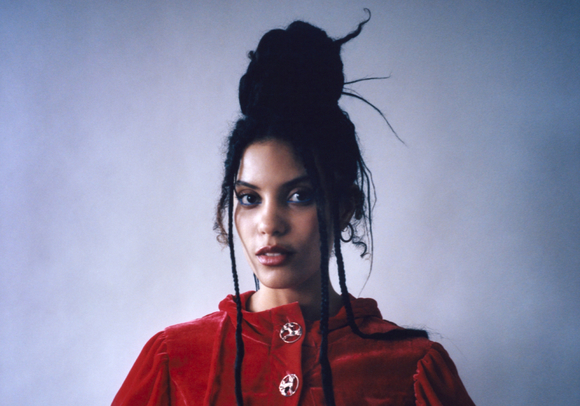 For Lisa-Kaindé, Spell 31 is Ibeyi’s best album yet, partly due to that “unbroken line” of magic from their ancestors, but also because of its impact on the strength of their partnership, as sisters and as musicians. “I think each album will be better because what we are trying to do is to allow both voices, both worlds to melt into each other and get better and kind of coexist,” she says. “So in that sense, I think it's our best and the one that shows our sisterhood the best. We had never really taken the time to do that before.”

With their first album, they needed the time to mourn their father, famed Cuban percussionist Miguel "Angá" Díaz, who died in 2006, and also their older sister, who passed away in 2013. “And then with the second album, Ash,” Lisa-Kaindé adds, “we were touring the world and we felt so much violence and anger, and I think it was about putting the anger out, letting it leave your body. In this one, there's a lot of healing and a lot of celebrating. I think we had to do a lot of this work on the first two albums to arrive at this one.”

Spell 31 is a special project, not only for its ambitious sound and meditative qualities, but also because it carries a new level of confidence, heard in the collaborations with artists like Pa Salieu, Jorja Smith and BERWYN, and in the prevalence of Naomi’s voice and her contribution to the production. “The confidence allowed us to try things in a new way,” Lisa-Kaindé says. “Also it was the confidence that allowed my sister to sing more. You hear her more in this record, which I think makes the record better than our two previous ones.” Although, she admits, all three albums will be forever linked.

Having kept the magic between them long enough, Ibeyi are ready to spread their healing and protection, looking ahead to a world tour from September, which is previewed by their appearance at the Edinburgh International Festival. “For us, catharsis always comes from music because that's the way we connect to our dad, that was the way to our culture, to ourselves, to each other, and the audience,” Lisa-Kaindé notes. “I think there's nothing more healing for me than writing a song and then singing it over and over and over again. Ibeyi exists live, it takes its strength, its power, and its poetry live. And I live for it. I was born to do it. I was born to sing with my sister on the stage – I know it.

“I made a vow with my sister that we are here to stay and so I'm excited to see what's next,” she continues. “What's the next musical adventure, the next album, what are the next songs we're going to put out? Where are we going to go? Because truly, we don't know. We discover by doing, that's what making an album is about – you throw things out, and then you see what connects. You have to interpret the signs and I cannot wait to see.”